Health visito­r said to have receiv­ed death threat­s for partic­ipatin­g in OPV drive
By Our Correspondent
Published: October 17, 2015
Tweet Email 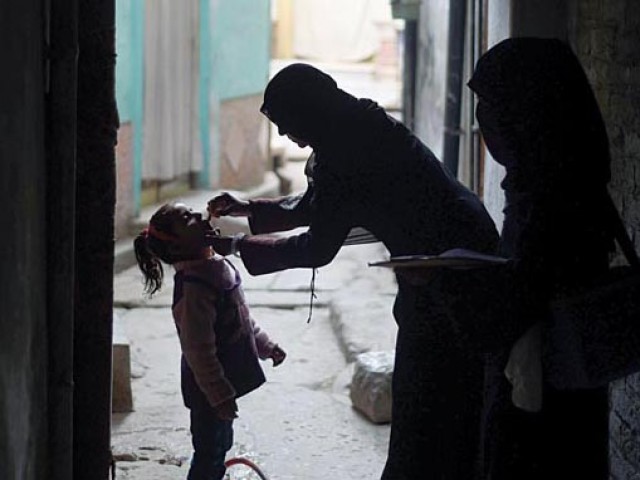 PESHAWAR: A health worker was assaulted and robbed on Saturday in Shagai Hindkyan village.

Lady health visitor Shabana, who is actively engaged in polio vaccination campaigns, was attacked by two unidentified motorcyclists within the jurisdiction of Mathra police station.  The assailants threatened to kill the health worker if she did not quit polio vaccinations and fled the scene.

Speaking to The Express Tribune, SSP Operations Dr Mian Saeed said Saturday’s campaign was not one of the main immunisation drives for which the police provide comprehensive security. It was in fact a follow-up drive which takes place to vaccinate those children who were missed.

He said, “Personally I think the incident was a mobile snatching attempt, rather than criminal activity. This was a follow-up campaign; not the main vaccination drive for which we assign police officials.”

Shabana was in the process of vaccinating children in those houses which were missed in a mainstream polio campaign when she was stopped by two unidentified men on motorcycles.

The attackers tore her burqa, snatched her two mobile phones and threatened to kill her for any participation in the campaign henceforth.

A police official stated Shabana, a resident of Tehkal, was currently residing in Aslam Dheri near Mathra police station, where she was posted at a basic health unit. He said, “It is strange the attackers snatched her mobile phones. No militant would partake in such activities. They also tore Shabana’s burqa and destroyed her official documents into pieces.” A police constable normally escorts every polio team, however, no requests are made for follow-up campaigns.

“I think these petty criminals want to create panic in the area but we are not taking this incident lightly. We are considering providing security for all follow-up campaigns as well,” he said. An FIR has been registered.

Pakistan, one of only three countries in the world still battling the disease, suffered a setback in its efforts to eradicate polio due to militancy in the past years. There were 58 cases reported in 2012; much lower than the 154 reported in 2011. However, Taliban administered a ban on the polio vaccination campaign in North Waziristan in 2012. The group claimed health care workers were undercover US spies entering into the region. Vaccination teams were unable to reach any of the tribal areas within North Waziristan impairing much of the past efforts to rid the country of polio.

As a result of the ban, the number of cases surged to 93 in 2013 and crossed 300 in 2014. Operation Zarb-e-Azb, carried out against militants in the tribal areas in North Waziristan, led to increased levels of migration into nearby districts of K-P. This movement has allowed for a recent increase in accessibility for health care workers to administer polio vaccinations. However, much resistance and violence has emerged against the vaccination campaign and its workers within the region. The last attack on polio workers occurred during March earlier this year. Two workers and a police guard were killed, while another two were injured within a span of 48 hours in Mansehra and Bajaur Agency. At least 77 lives have been claimed by militant attacks on immunisation teams since December 2012.