US keen to invest in economic corridor projects

US keen to invest in economic corridor projects 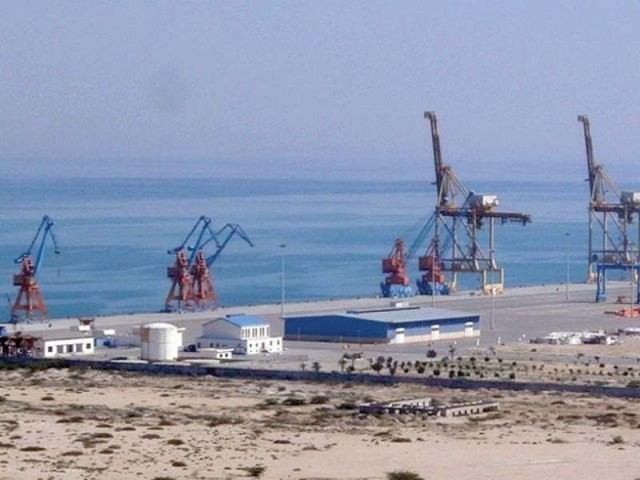 In a major development, the United States has expressed interest in investing in energy projects under the multibillion-dollar China-Pakistan Economic Corridor (CPEC) to bring stability and prosperity to the region.

“If the corridor proceeds according to plan, it will be in the interest of Pakistan, China and the US as well. We support the corridor,” said USAID-Pakistan Mission Director John Groarke while talking to a group of journalists on Thursday.

Pakistan and China had signed an agreement on April 20 this year to commence work on CPEC development projects worth over $46 billion, which comes to roughly 20 per cent of Pakistan’s annual GDP.

The corridor aims to connect Gwadar port in Balochistan to China’s Xinjiang region via a network of highways, railways and pipelines spread over 3,000km. Work on several sections has already started but the entire project is expected to take several years to complete.

“While Pakistan would benefit immensely from the corridor, the USAID will have a possibility of investing in the energy sector if everything moves in the direction the Chinese are pursuing,” he said.

The top priority of the US, Groarke said, is to invest in the energy sector and the rehabilitation of people displaced owing to floods, earthquake and military operations.

Wary of the Chinese getting strategic access to the Arabian Sea and its presence in the region, the US has reportedly tried several times to persuade Pakistan against involving China in its development process.

Groarke believed the power sector is moving on the right track and this is the reason power distribution companies are earning additional revenue. He, however, stressed that power consumers should pay the full cost of electricity. Electricity is highly subsidised in Pakistan.

“Privatisation is the best solution for a viable energy sector,” the USAID country head said. “The US government is committed to helping Pakistan enhance its power generation.”

Responding to a question, he said the US had already invested in making the technical, financial and environmental feasibilities of Diamer-Bhasha dam. The dam is likely to cost around $14 billion with the bulk of funding coming in primarily from the private sector and multilateral donors like Asian Development Bank.

Read: CPEC projects worth $11b cannot be completed in two years: IPR

He also said the US supported the Pakistani government’s efforts to increase tax revenue collection.

The USAID official said the US was also investing in the health sector especially in Sindh. “We have provided scholarships to 7,000 students in Pakistani schools,” he said, adding that Washington wanted more enrolment of children in schools.

Appreciating the government’s recent investments in the education sector, Groarke said the prime minister’s decision to invest 4 per cent of the GDP in education reflected the priorities of his government.