In US, Nawaz will expose India’s terror sponsorship

In US, Nawaz will expose India’s terror sponsorship 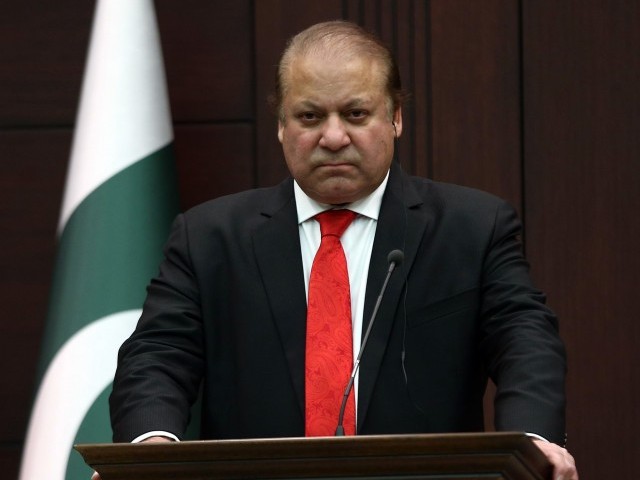 Ahead of Prime Minister Nawaz Sharif’s upcoming visit to the United States, Pakistan’s top political leadership is modifying a ‘foreign policy paper’ which, according to the country’s security czar, will focus on exposing India’s direct involvement in fomenting and bankrolling terrorism in Pakistan.

“In the last 10 days, our prime focus has remained on ways to expose Indian state actors’ involvement in Pakistan’s affairs. A [recently] modified policy paper is under consideration. [After the United Nations] we are now going to put this case before Washington,” Interior Minister Chaudhry Nisar Ali Khan told a news briefing on Wednesday.

“The Research and Analysis Wing (RAW)’s involvement, its blatant interference in our affairs, Afghan peace process and Operation Zarb-e-Azb— all will come under discussion in the US,” said Nisar, who will be accompanying the prime minister on the Washington tour.

The prime minister is scheduled to meet US President Barack Obama at the White House to discuss multiple issues, including the stalled dialogue between Pakistan and India, Afghan peace process and other regional issues.

Asked about Pakistan’s joining the US-backed international alliance against the ultra-orthodox extremist group Islamic State (IS), Nisar said Pakistan would focus on local militants groups operating in the region. “A few banned groups could be in contact with IS, but the group is still largely based in the Middle East,” he added.

The interior minister also revealed that a team of the Federal Investigation Team (FIA) investigating the Asghar Khan case has recorded the statement of Prime Minister Nawaz Sharif. A review petition of the case is pending with the Supreme Court as the government has failed to implement the court’s verdict to charge military officials, who had allegedly funneled millions of rupees to anti-Pakistan People Party (PPP) politicians before the 1990 elections.

Nisar admitted that the FIA team was facing hurdles in recording statements of a few retired military officers. “However, the case will go on,” he said.

To a question in connection with a recent statement of Defence Minister Khawaja Asif, he said that his ministry did not need the Ministry of Defence to coordinate with the armed forces and civil armed forces.

The interior minister said the FIA was investigating all high-profile corruption cases without facing any hurdles. He referred to the cases regarding the Employees Old-age Benefits Institution (EOBI) and the Trade Development Authority of Pakistan (TDAP), in which many senior PPP leaders – including former prime minister Yousaf Raza Gilani and former federal minister Makhdoom Amin Fahim, are allegedly involved.

Nisar, however, evaded a question about the treason trial of former military ruler Gen (retd) Pervez Musharraf saying “the case is stalled due complicated legalities”.

“Allegations have been levelled against the National Database Registration Authority (NADRA) without any basis,” Nisar said, claiming he had rigorously investigated the allegations but could not find anything substantial.

The interior minister advised PTI Chairman Imran Khan to shun politics of confrontation which was not in Pakistan’s interest. “Several external and internal elements want Pakistan to remain embroiled in problems,” he said.

“NADRA does not have any authority to shift anyone’s vote from one constituency to another,” he added. “It is only the jurisdiction of the Election Commission of Pakistan to do so.”