Vatica­n has been focus of severa­l contro­versie­s includ­ing coming out of gay priest and leak of contro­versia­l letter­
By AFP
Published: October 14, 2015
Tweet Email 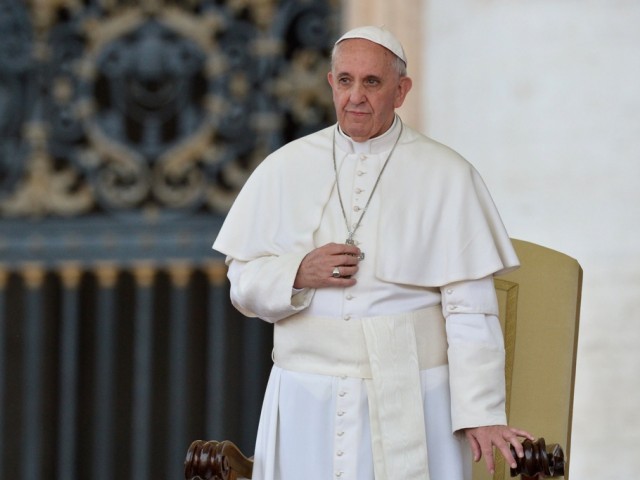 VATICAN CITY: Pope Francis on Wednesday offered a rare public apology from the Catholic Church for a series of scandals which have recently shaken the city of Rome and the Vatican.

The Vatican has been the focus of several controversies including the coming out of a gay priest and the leak of a controversial letter, while the pontiff himself ended up in the headlines for a gaffe which helped oust Rome’s mayor.

“I want, in the name of the Church, to ask forgiveness for the scandals which have recently hit Rome and the Vatican. I ask you for forgiveness,” Francis said at the start of his weekly general audience on Saint Peter’s Square.

“It is inevitable that scandals happen, but ‘woe to that man by whom the offence cometh!'” he said, quoting a passage from the Bible.

The 78-year-old has been presiding over a three-week global council of cardinals and bishops, where debates over the Church’s teachings on the family have been overshadowed by tales of Machivellian plots and betrayal.

The leak of a private letter from rebellious cardinals has revived a cloak-and-dagger atmosphere likened Tuesday to the “Vatileaks” scandal in 2012, when Pope Benedict XVI’s butler revealed fierce infighting in the highest echelons of the Church and allegations of serious fraud in the running of the city.

The council was overshadowed from the start by the surprise declaration of a Polish priest employed as a senior official at the Vatican that he was a practising homosexual.

Krzyst of Charamsa was immediately fired but the coming out added fuel to a fire already raging between conservative and liberal wings of the Church over the divisive issue of its relationship to gay believers.

The pontiff was also drawn into the murky world of Italian politics this month after pointedly denying Rome’s mayor Ignazio Marino had been invited on a papal trip to the states.

The perceived put-down was seen by many to have contributed to Marino’s forced resignation last week.