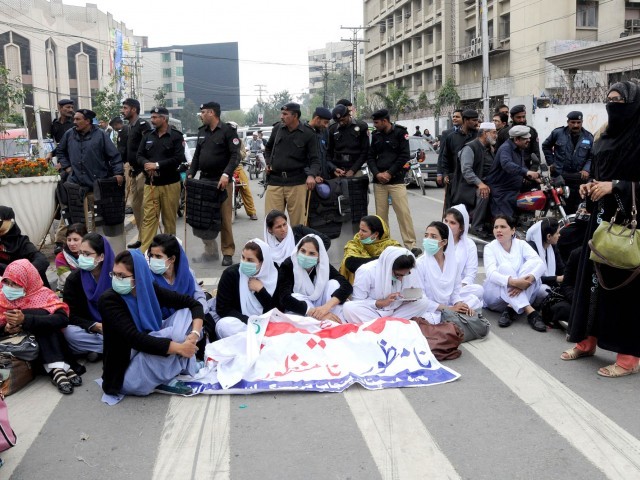 LAHORE: Lady Health Workers (LHW) and their supervisors called off their protest on Tuesday after successful talks with the health secretary and health services director general.

On Monday, hundreds of LHWs and supervisors had gathered at Nasser Bagh. They then marched on The Mall and staged a sit-in in front of the Punjab Assembly.

Later in the day, Health Services Director General Dr Zahid Pervaiz and Health Secretary Jawad Rafique Malik visited Charring Cross and met the protesters. The LHWs agreed to call off the protest on the assurance that their demands would be placed before the chief minister.

Rafique said that the government was working on establishing a separate authority for the LHWs. “The LHWs want to be notified as regular Punjab government servants. Their arrears will be paid. A summary in that regard will be sent to chief minister’s secretariat,” he said.