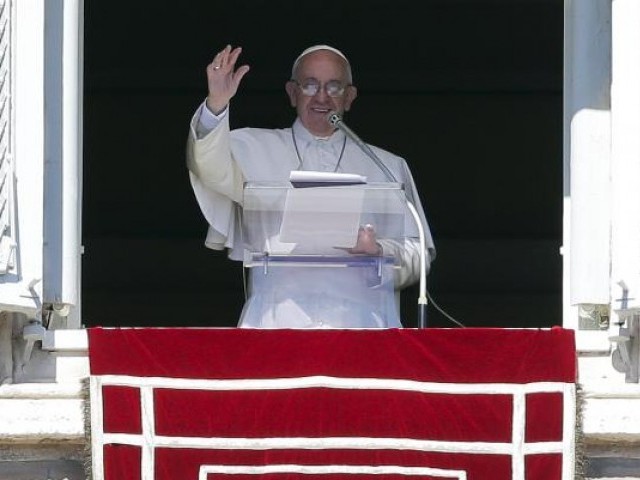 Pope Francis waves as he leads the Angelus prayer in Saint Peter's square at the Vatican on October 11, 2015. PHOTO: REUTERS

MILAN: Pope Francis said he was deeply saddened by the killing of defenceless people in Saturday’s bomb blasts in Ankara, the most deadly attack of its kind on Turkish soil.

Two suspected suicide bombers hit a rally of pro-Kurdish and labour activists near Ankara’s main train station three weeks before an election, killing at least 95 people and fuelling unease in a country beset by conflict between state forces and Kurdish militants.

The pope asked thousands of faithful in Saint Peter’s Square on Sunday to pray in silence for the victims after his weekly Angelus address.

“We are pained … because the perpetrators hit defenceless people who were demonstrating for peace. I pray for that dear country,” the pope said.