Injury blow: Azhar ruled out of first Test against England

Injury blow: Azhar ruled out of first Test against England

30-year-old fails to recove­r from foot infect­ion in time
By Our Correspondent
Published: October 10, 2015
Tweet Email 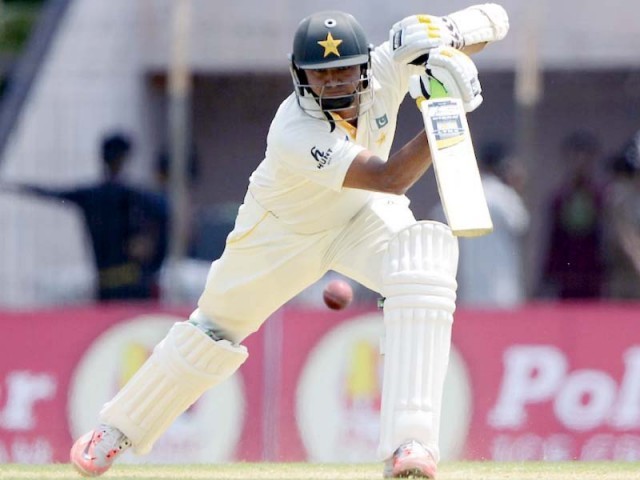 Pakistan have ample cover for Azhar, with Fawad Alam, Shoaib and Hafeez waiting on the sidelines. PHOTO: AFP

KARACHI: Pakistan have suffered an injury setback going into the first Test against England, which begins in Abu Dhabi from Monday, as in-form batsman Azhar Ali has been ruled out of the opener after failing to recover from a foot infection in time.

The infection had forced the ODI skipper to miss the final game against Zimbabwe in Harare, with vice-captain Sarfraz Ahmed taking over captaincy duties.

“Azhar hasn’t recovered fully from the infection he sustained in the Zimbabwe series and remains a doubt for the first Test against England,” a team member confirmed. “He is likely to be fit for the second Test.”

Azhar has become a mainstay of the Pakistan Test batting line-up and has made the number three position his own with consistent displays over the last five years.

The 30-year-old has been relatively lucky with injuries and this will be the first time he will sit out a Test due to injury since making his debut back in 2010.

The only other time that he has not featured in a Test for the country during that time was when he was dropped in favour of Mohammad Hafeez against Sri Lanka last year.

Azhar responded to that with a century that helped Pakistan chase down a steep target on day five to level the series.

The Test vice-captain has played 44 Tests so far in his career, scoring 3,393 runs at a healthy average of 44.06 with nine centuries and 20 fifties.

However, Pakistan will feel they have ample cover in the middle order, with Fawad Alam, Shoaib Malik and Mohammad Hafeez all vying for the spot left vacant by the injured Azhar.

China Open: Nadal up against old rival Djokovic in final