Agrees to work under existi­ng framew­ork till new one is drawn up
By Irfan Ghauri
Published: October 10, 2015
Tweet Email 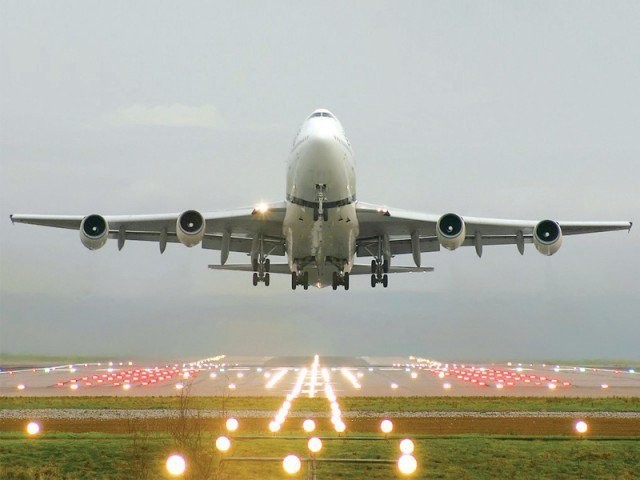 Agrees to work under existing framework till new one is drawn up.

ISLAMABAD: Apparently giving in to their management’s stiff stance on their demands, the union of Pakistan International Airlines pilots finally called off their partial strike on Friday and agreed to enter negotiations for a new working agreement.

The Pakistan Airline Pilots Association (PALPA) also agreed to work under the existing working agreement until a new framework is finalised.

The announcement was made during a meeting of the Senate Standing Committee on Cabinet Secretariat, which had intervened after dozens of PIA flights were cancelled due to go-slow policy of PALPA to press its demands.

As the airline’s management claimed victory against the powerful pilots’ union which had prevailed upon them in the past, Palpa apologised to the nation for the suffering of passengers.  It also sought clemency over correspondence between one of their office-bearers and the International Federation of Air Line Pilots’ Associations (IFALPA).

PALPA in its mails to IFALPA alleged that unrest amongst pilots had been engineered by the government to pave way for selling off the national flag-carrier to Middle Eastern airlines. It sought assistance from IFALPA in highlighting what it called gross violations in the International Civil Aviation Organisation (ICAO) charter.  The correspondence further enraged the administration which purportedly was under directions from Prime Minister Nawaz Sharif to hold its ground and consider only ‘genuine’ demands.

PIA put in place alternative plans had PALPA remained adamant. It constituted medical board to verify authenticity of 21 pilots calling-in sick just before their flight, in a clear threat that protestors could lose their jobs. Besieged under tough stance adopted by their administration and clear division within the association of more than 400 pilots, PALPA office-bearers avowed before the committee that the e-mails have been retracted and they have submitted a written apology to the director general Civil Aviation Authority (CAA).

Though a final agreement which was supposed to be signed between PIA and PALPA could not be inked, some decisions in principle were taken on a number of contentious issues.

Panel chairman Senator Talha Mehmood, asked PIA and CAA not to victimise any of the protesting pilots once the issue has been resolved amicably.

PALPA withdrew its demand for replacement of the director flight operations whose term would complete in December this year.

Three other PALPA demands were found to be out of the scope of PIA. These included waiver of federal excise duty on tickets for pilots. It was decided that the matter will be taken up in the Senate’s finance committee. Aviation secretary also rejected PALPA’s objection on aviation policy.

Sindh slowest in growth of personal deposits during January-June