Indian man arrested after beheading wife, walking around with her head

Indian man arrested after beheading wife, walking around with her head

Police confir­m incide­nt, say Ramu Chavan killed his wife after suspec­ting her of having affair with their son-in-law
By Web Desk
Published: October 9, 2015
Tweet Email 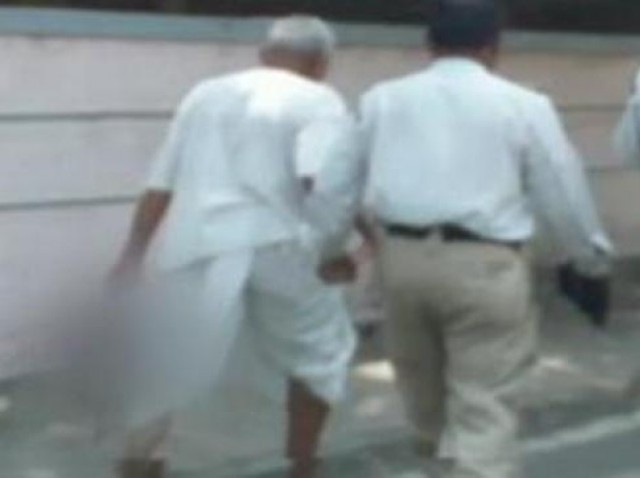 Ramu Chavan, who works as a watchman in a housing complex in Katraj area, allegedly killed his 45-year-old wife because he suspected her of infidelity. PHOTO: HINDUSTAN TIMES

In a horrific incident, a 60-year-old man was arrested in Pune, India, on Friday after being seen strolling on the road with his wife’s head.

The man, identified as named Ramu Chavan, was arrested by Pune police after he was seen walking casually carrying his wife’s head by the hair on roads, as bystanders looked on in horror.

Chavan has been charged with beheading his wife, Sonubai, after he suspected an illegitimate relationship between her and their son-in-law.

The culprit worked as a watchman, according to the Police, and killed his wife with an axe.

The police have booked him under murder charges, while further investigations are under way.

The article originally appeared on The New Indian Express