England series will not be easy for Pakistan: Azhar Mahmood

England series will not be easy for Pakistan: Azhar Mahmood 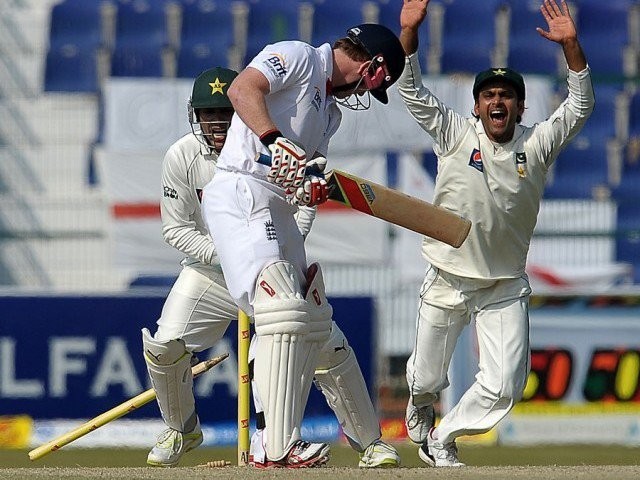 Azhar feels illegal bowling actions should be checked and rectified at the domestic level. PHOTO: AFP

Former Pakistan all-rounder Azhar Mahmood feels Misbah and his men will not be able to repeat the 2012 series whitewash when they take on England in the UAE in a three-match Test series starting from October 13.

“With England now in the UAE to play a series against Pakistan, the question on most people’s minds is whether Pakistan can repeat the whitewash which they inflicted on England in 2012. My opinion is that this will not be an easy series for Pakistan,” said Azhar, in his blog for PakPassion.

“To start with, the Pakistan team composition has changed. In 2012, the vastly experienced Saeed Ajmal was our prime bowler and spin was a dominant factor in that series. Not only are we missing the services of Ajmal now, we do not have Abdur Rehman who also played a pivotal role in our success. Instead we have the slightly inexperienced duo of Yasir Shah who will most likely be supported by Zulfiqar Babar.”

Azhar further opined that England team has changed over the years and you can see more aggression in the team since they are now equipped with a new brand of players.

“If you look at the England team today, you will see a team which is riding high on confidence and has been playing an aggressive brand of cricket in the past few months. They have a number of players who could prove dangerous for Pakistan,” wrote Azhar. “However, they do have a weakness against spin and if there is spin in the wickets, they will surely struggle. I have seen this in county cricket where local players find it difficult to bat the moment there is turn for the spinners.

“All in all, Pakistan has the advantage due to England’s weakness against spin but no one can say that a three nil drubbing of the sort that happened in 2012 will happen again. England do have some good players of spin for example Moeen Ali who can bowl and bat well. I really feel that this will be a tough and hard fought series and will not be like the previous series,” he further added.

Azhar also commented on Shoaib Malik’s return saying that if he was included in the Test squad, he should at least be played in the first Test to utilise the confidence he is recently riding on.

The 40-year-old also said that the illegal bowling actions problem that is hurting Pakistan more than any other cricketing nation should be solved at the domestic level by the Pakistan Cricket Board (PCB).

“Pakistan spinners seem to be most affected by ICC’s new rules on chucking so the question has to be asked about what the PCB is doing about this affliction,” opined Azhar.

“My view is simple, the issues with bowling actions need to be sorted at the domestic level and not left to be discovered at the international level.”