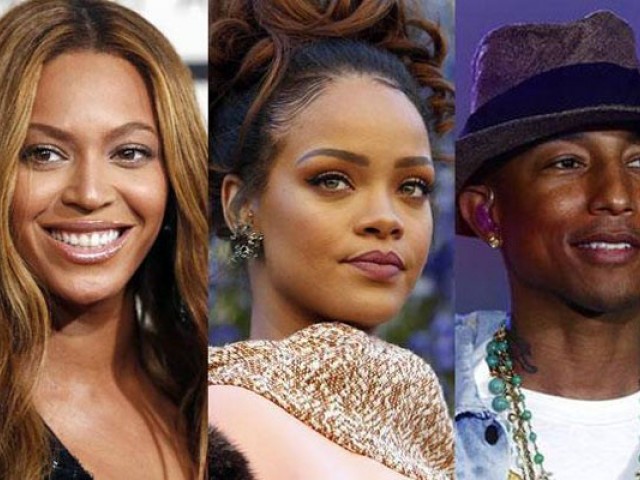 Artists say the brand has been "brazenly" selling items featuring their likenesses without permission. PHOTO: PAKISTANTODAY

NEW YORK: Beyonce, Jay Z, Kanye West, Pharrell Williams and Rihanna have teamed up to sue a Paris clothing retailer they say has been “brazenly” selling shirts, hats, backpacks, cellphone cases, and other items featuring their likenesses without permission.

The complaint filed on Tuesday in federal court in New York said ElevenParis has ignored the singers’ warnings to stop the sales, including in a store in Manhattan’s Soho district, and on its website.

The artists accused ElevenParis and its affiliates of being “habitual, willful intellectual property infringers that, without authorization, usurp the trademarks, copyrights and other rights of A-list celebrities.”

ElevenParis did not immediately respond to a request for comment.

The challenged products include clothing bearing the singers’ faces, phrases such as Kanye is my Homie and Pharrell is my Brotha, and Beyonce and Rihanna song lyrics.

ElevenParis’ actions “have caused and are causing immediate irreparable harm” to the plaintiffs, who seek to recoup profits and triple damages over the allegations of trademark infringement and violations of their rights of publicity, the complaint said.

Each of the artists also has their own clothing lines or collaborations with apparel manufacturers, the complaint said, generating “hundreds of millions of dollars” in sales.