Fertiliser subsidy: Another relief for farmers, urea prices to go down

Fertiliser subsidy: Another relief for farmers, urea prices to go down

Manufa­cturer­s have agreed to cut Rs105 from the price of 50kg bag
By Peer Muhammad
Published: October 8, 2015
Tweet Email 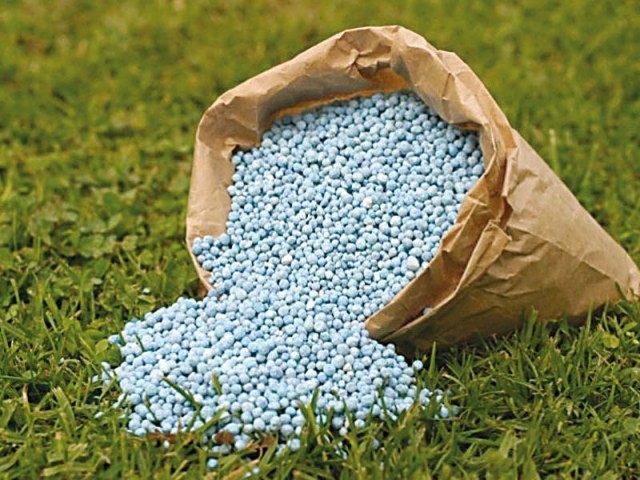 Manufacturers have agreed to cut Rs105 from the price of 50kg bag. PHOTO: FILE

ISLAMABAD: Good news keeps rolling in for the farming community as developments continue to take place in their favour.

While the State Bank of Pakistan prepares to distribute the government-approved subsidy to farmers, it has been revealed that under the package, urea manufacturers have agreed to reduce Rs105 from every 50kg bag of the commodity. Recently, urea prices had gone up following a rise in the gas surcharge.

This concession will be in addition to the relief of Rs500 given on each bag of diammonium phosphate (DAP) fertiliser.

According to documents available with The Express Tribune, the meeting was held at Bosan’s office on Monday.

Abbasi asked the manufacturers to roll back the recent increase in urea prices. He also expressed his willingness to grant more concessions to them in gas prices.

After comprehensive discussions and due to concessions in gas prices, the manufacturers agreed to bring prices down by Rs100 to Rs105 per bag.

The meeting participants also discussed the procedure for paying the fertiliser subsidy. It will be paid to the manufacturers and commercial importers after the sale of DAP while farmers will receive a subsidy of Rs500 on each bag of DAP.

The subsidy will be paid on the basis of sales tax invoice and sales tax returns submitted by the manufacturers and commercial importers. Its release will be ensured within 15 working days of submitting the tax invoice.

The subsidy claim of each manufacturer will be sent to the Ministry of National Food Security and Research by the Federal Board of Revenue.

It was also decided that the importers and manufacturers would immediately cancel the dealership if a dealer or his sub-dealer is found guilty of overcharging. DAP manufacturers and importers will ensure wider public awareness of the fertiliser prices.