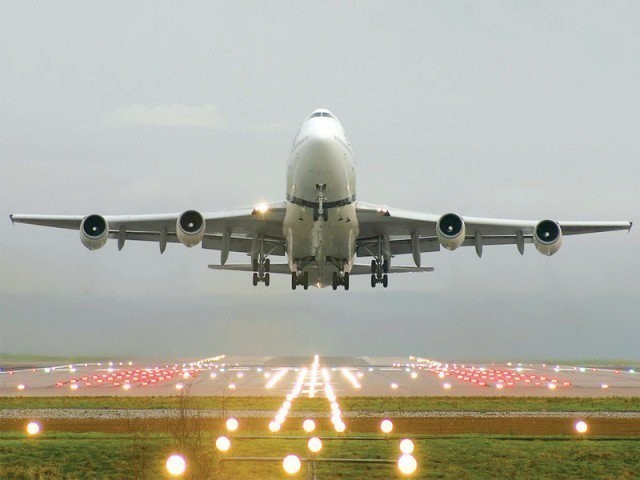 The airlines, taking advantage of the PIA-pilots association dispute, raised the fares adding to the commoners’ woes. PHOTO: FILE

The Competitive Commission of Pakistan (CCP) ordered on Tuesday an inquiry into a surge in fares by private airlines following a dispute between Pakistan International Airlines (PIA) and Pakistan Airlines Pilot Association (Palpa).

“The CCP has started inquiry into an unreasonable surge in fares by private airlines and will take legal action against airlines found involved in anti-competitive activities,” the commission said in a statement.

“The commission is cognizant of the problems faced by passengers in the wake of protests by pilots of the national flag carrier,” it added.

The statement comes a day after Prime Minister Nawaz Sharif decided to step in to help resolve a grueling row between the pilots and management of the PIA which has badly affected the flight operations of the national flag carrier.

The premier’s decision came hours after the PIA management said that it would not accept any ‘illegitimate’ demands of the Pakistan Airline Pilot Association (Palpa), asking the pilots to pursue negotiations without any preconditions.

Palpa pilots have been on a go-slow policy for the last five days which has resulted in cancellation of around 58 flights and re-routing of dozens of other flights, affecting thousands of passengers of the national flag carrier. Some pilots report sickness at the eleventh hour and unfit to fly an aircraft.

Earlier in the day a spokesperson for the Civil Aviation Authority (CAA) told journalists that Palpa has set certain preconditions in their Sunday’s negotiations with the management which are not acceptable.

Spelling out the core demands of Palpa, he said the pilots’ body calls for a.) immediate replacement of the director flights operations; b.) immediate withdrawal of all show cause notices, inquiries/investigations and legal notices issued to pilots on disciplinary grounds and reinstatement of all grounded pilots; c.) fixation of seniority of pilots as per the wishes of Palpa.

Conversely, Palpa says it wants implementation of a working agreement it had signed with the management.