World Teachers’ Day 2015: Education minister slammed for not turning up at tribute

World Teachers’ Day 2015: Education minister slammed for not turning up at tribute 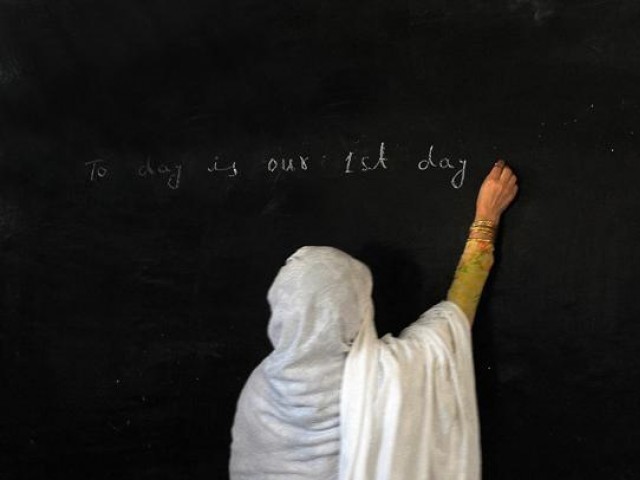 PESHAWAR: Without any acknowledgement from elected representatives, World Teachers’ Day was celebrated in the city on Monday. However, not a single government official, including the education minister, was at hand to show his or her appreciation for these professionals at an event organised by the All Primary Teachers’ Association.

Addressing the participants, APTA K-P President Malik Khalid Khan criticised the provincial government for not taking part in the event. He claimed an invitation had been sent to officials at least four days in advance.

“The Khyber-Pakhtunkhwa government is declaring education emergencies and yet it failed to turn up for such an important programme,” he lamented. Khalid pointed out K-P Minister for Education Muhammad Atif Khan and other MPAs had been invited, but their absence showed a lack of interest.

Different government schools and education department representatives took part in this programme at a hotel.

The students of Government Girls Primary School Hayatabad-4 performed various activities and songs. The male students gave speeches about the importance of the day and the roles of teachers. Awards and shields were also distributed among the best schools, teachers and students. The day was also observed in other districts of K-P.

World Teachers’ Day was however celebrated in Jamrud, Khyber Agency at an event under the aegis of the education department.

Agency Education Officer Ateequr Rehman was the guest of honour on Monday at Government High School Pandi Lalma, Mullagori. The event was attended by teachers, students and social activists alike. Rehman reiterated the importance of teachers and the respect they command in a sensible community.