It is likely that the majori­ty of labour­ers may have pledge­d their entire famili­es to their de facto ‘owners’
By Mehvish Muneera Ismail
Published: October 2, 2015
Tweet Email 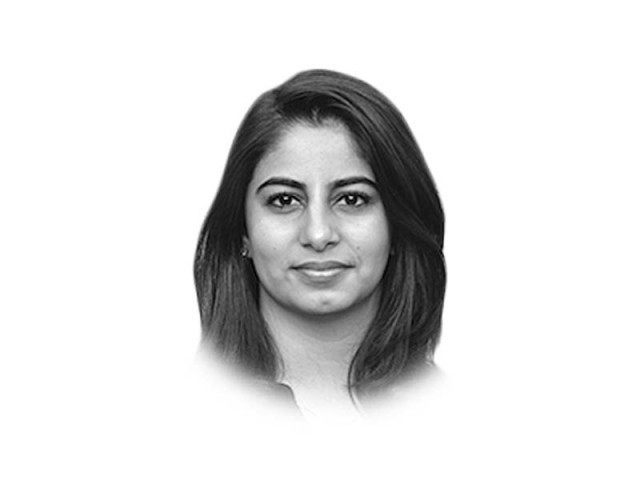 The writer is a lawyer with a post-graduate degree from the University of Cambridge, UK. She can be reached @MehvishMI

We recently celebrated 69 years of freedom — and just as many years of slavery entrenched within our system. Prior to Brandon Stanton’s August 15 post on the Humans of New York Facebook page, sharing the plight of brick kiln workers in pictures worth a thousand words — or rather likes and comments — we have had many others who have endeavoured to remind us of the existence of slavery in Pakistan. One such reminder, preceding modern media, was in 1988, when bonded labourers working in the brick kiln industry wrote a telegram to the then chief justice of the Supreme Court. These labourers begged to be saved from exploitation at the hands of their de facto owners. Thus ensued Pakistan’s first public interest litigation case Darshan Mashih vs. State (1990). It concluded with the Supreme Court banning and pronouncing bonded labour as unconstitutional.

Subsequently, the Bonded Labour System (Abolition) Act, presented as a draft bill in 1989, became the law of the land three years later in March 1992, ending the “bonded labour system”. Pursuant to this law, anyone working as a bonded labourer was no longer under any obligation to repay any part of his or her bonded debt. This was, technically, not a law without teeth. It introduced a punishment, including the option of imprisonment, for anyone who enforced a bonded debt by forcing a debtor to work. It empowered district magistrates to enforce the law, investigate whether bonded labourers existed in their areas and to take action to guarantee their release and rehabilitation. It also provided for the establishment of vigilance committees in every district in the country. Such committees were to include “representatives of the district administration, bar associations, press, recognised social services and labour departments of the federal and provincial governments”. It took the government an additional three years to promulgate the rules required for effectively carrying out the purposes of this Act. Yet, the rules were far less comprehensive than envisaged and their publication was given no publicity. The ability of these to leave any mark, therefore, was quite another matter. Debtors were not made aware that they didn’t have to break their backs — quite literally — to pay off any old debts, magistrates were not informed of their responsibilities and members proposed to be a part of these vigilance committees were not cognisant of their roles.

For the past 20 years or so, the government has continued to slight its obligation to eradicate bonded labour, including its commitments under ILO Conventions No 29 and No 105. Reminders to act have been met either with platitudes of its commitment to abolish slavery, or absolute silence. Soon after the 1995 Rules, a 1996 report on debt bondage in Pakistan by Anti-Slavery International identified that our main issue revolved around the lack of the will of the government. In 1997, at the International Labour Conference, the government’s representative offered wretched figures to show the government’s supposed implementation of the new Act. This included an official conviction rate of nil, between the time of the Conference and the promulgation of the law, i.e., between 1992 and 1997 — a clear indication of how serious the government was to pursue those in breach of this law.

In 2013, statistics put Pakistan among the top positions in the “Slavery’s List of Shame”. And of its population of 185.13 million people in 2014, the Global Slavery Index Report estimated that more than one per cent of people in Pakistan are enslaved. This is a conservative figure. The same report cites debt bondage as our most favoured form of slavery, and the provinces of Punjab and Sindh as our “hotspots” of bonded labour. These beings without basic rights will likely be found in our brick kilns, carpet weaving and agriculture sectors. Dr Ghulam Haider, of Green Rural Development Organisation — an organisation that aims to free bonded labourers — is quoted as saying that over 2.3 million people are in bonded labour. The government has no current official statistics. It also does not have a plan on how to tackle this evil.

There have been some attempts, however. The most recent is the campaign for enrollment of the children of brick kiln workers into nearby schools, inaugurated by the Punjab Labour and Human Resource minister on August 26. The intention of the scheme is to enroll children of kiln workers, between the ages of four and 14, in schools by as early as October 31. The minister is reported to have said that district vigilance committees would monitor the scheme. One can only hope that these district vigilance committees, if they exist, are empowered, or are expeditiously formed; and that the 6,090 brick kilns that this exercise aims to monitor to gauge the sustainability of the scheme, are in actuality observed. It would also be a step in the right direction if this exercise prompts the government to calculate and publish statistics to show how many persons are actually suffering in bonded labour. However, one should bear in mind that shackled in bonded labour, it is likely that the majority of parents may have pledged their entire families, including their children, to their de facto ‘owners’. Will these ‘owners’, who are reported to punish labourers in private jails and are not prosecuted by local authorities, be swayed by the possibility of district vigilance committees doing their job? Surely, a policy discussion on how to effectively rescue the millions enslaved is a crucial part of the conversation on Naya vs. Purana Pakistan.

There also appear to be other recent attempts. At the end of May 2015, a policy dialogue was organised by the Society for the Protection of the Rights of the Child. The participants, including parliamentarians, government officials, trade unionists, police and civil society members, suggested amendments to the Bonded Labour Abolition Act 1992 — ranging from harsher punishments for de facto slave owners, to penalising police officers who refused to register cases. It culminated with suggestions that the proposed changes be made in the form of a bill to be tabled for approval before the Sindh Assembly. While these, and really any, efforts are laudable, for them to be effective, a framework to make them effective must be put in place. A more robust law is certainly desirable, however, while we wait and lobby for it, we must be cognisant of the existing law for bonded labour — one that was passed decades ago and is still not being enforced. If the government and its instruments are serious on the issue of tackling bonded labour, then they should start with enforcing the existing law. At the very least, this will send the right message and could serve as a deterrent.