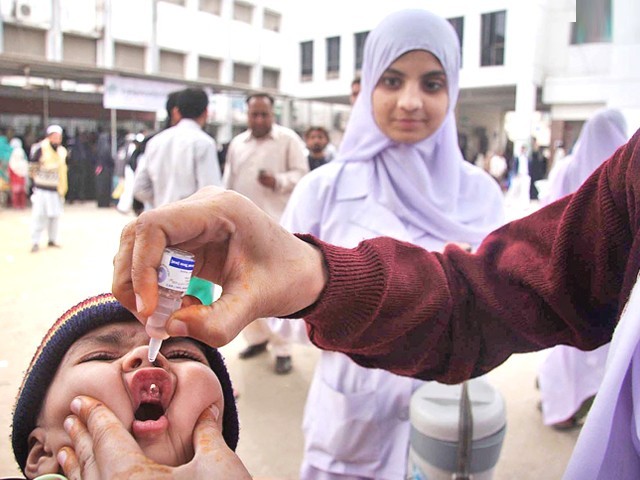 Children of commuters passing through these toll plazas will be administered polio drops. PHOTO: ONLINE/FILE

LAHORE:  The National Highway and Motorway Police (NHMP) in collaboration with UNICEF and the Health Department have set up special camps regarding the polio drive on all 57 toll plazas in the province.

Children of commuters passing through these toll plazas will be administered polio drops, said NHMP inspector general (IG) Dr Wasim Kausar while examining the polio drive preparations at the Lahore headquarters. Dr Kausar said that children are our future and the government would provide them with a polio-free environment. He praised the NHMP’s cooperation with the UNICEF and the Health Department in this regard.