Compan­y says custom­ers with these vehicl­es will be kept inform­ed over coming weeks and months­
By AFP
Published: September 30, 2015
Tweet Email 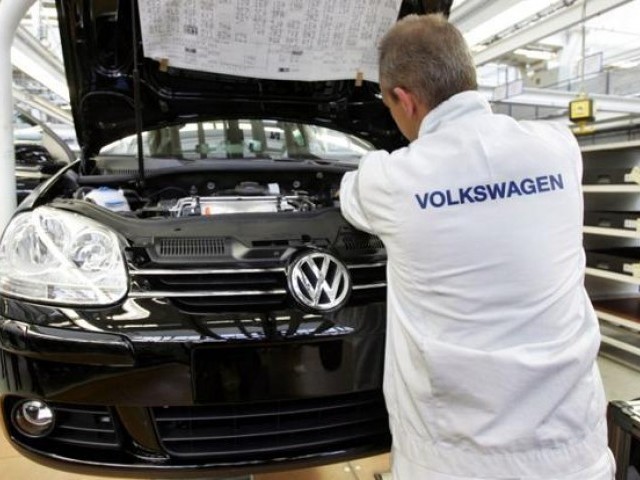 LONDON: The British arm of Volkswagen on Wednesday said it would recall and repair almost 1.2 million vehicles affected by the emissions cheating scandal.

“Volkswagen Group UK is announcing its action plan to correct the emissions characteristics of certain diesel vehicles,” it said in a statement, adding this included more than half a million VW-branded cars, nearly 400,000 Audis and almost 80,000 VW commercial vehicles.

“Customers with these vehicles will be kept informed over the coming weeks and months,” it added.

That makes a total of almost 1.2 million vehicles.

Volkswagen, the world’s biggest carmaker by sales, has admitted that up to 11 million diesel cars worldwide are fitted with devices that can switch on pollution controls when they detect the car is undergoing testing.

They then switch off the controls when the car is on the road, allowing it to spew out harmful levels of emissions.

Since the revelations on September 18, the VW share has seen nearly 40 per cent of its share value go up in smoke, although it was showing signs of stabilisation on Wednesday.

VW has already said it will set aside 6.5 billion euros in provisions in the third quarter, but analysts suggest one to three billion euros more could be needed.

On top of that, VW also faces onerous regulatory fines, including up to $18 billion in the United States — and the fallout on customer purchases cannot yet be estimated.