A total of 169 Irania­ns are now known to have died in Thursd­ay's stampe­de in Mina
By AFP
Published: September 28, 2015
Tweet Email 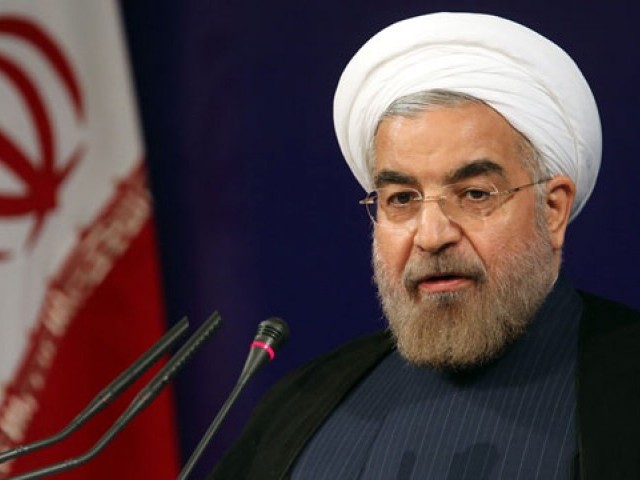 TEHRAN: President Hassan Rouhani will fly home early from New York to attend a repatriation ceremony in Tehran on Tuesday for Iranian pilgrims killed in the stampede at the Hajj, his office said.

Rouhani is to head home straight after his address to the UN General Assembly later on Monday, the Iranian mission at the United Nations said.

A total of 169 Iranians are now known to have died in Thursday’s stampede in Mina, outside Makkah, and the bodies of 130 of them will be flown home on Tuesday, state media reported.

Iran has been deeply critical of Saudi Arabia over the tragedy. It accuses its regional rival of serious safety lapses and of failing to provide the proper cooperation in the search for the missing or the repatriation of the dead and injured.

Iran’s Hajj organising committee said that 298 Iranian pilgrims remained unaccounted for on Monday, while 46 were receiving treatment in either Iran or Saudi Arabia.

A total of 769 pilgrims were killed in the worst tragedy to hit the Hajj in a quarter-century.

The nationalities of many of them have yet to be confirmed but Iranians make up the single largest national group among those that have.

A special section has been set aside in Tehran’s largest cemetery for the graves of the “Mina martyrs,” city council spokesman Reza Taqipour told state television.

Turks kidnapped in Baghdad appear in video promising their release