The govern­ment is aware of the fact that these hides could be used for fundin­g terror­ist organi­sation­s
By Our Correspondent
Published: September 22, 2015
Tweet Email 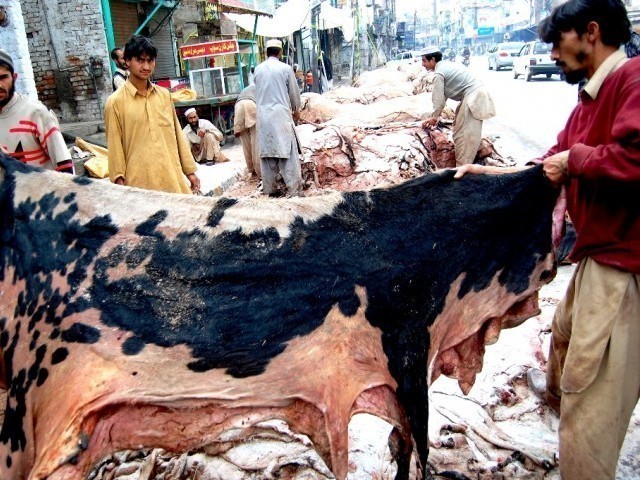 The government is aware of the fact that these hides could be used for funding terrorist organisations. PHOTO: MUHAMMAD JAVED/FILE

The Balochistan home department has outlawed the collection of hides of sacrificial animals by political and religious parties, according to a code of conduct issued on Monday.

The charities and political groups collecting the skins sell these to contractors working for the leather industry to earn millions of rupees worth of funds.

The representatives of mosques, madrassas and social welfare organisations have been asked to carry CNICs, as well as permission letter, issued by the deputy commissioner of the district.