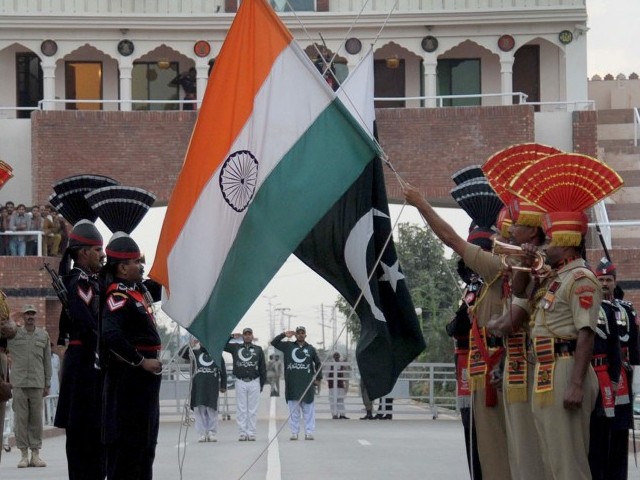 Top commanders from Pakistani and Indian armies on Monday held a crucial flag meeting in Poonch Sector of the Line of Control (LoC) in the disputed Himalayan region of Kashmir in a bid to deescalate tensions caused by frequent skirmishes.

According to Indian media reports, the army commanders of the two countries met at the Chakan-da-Bagh crossing point in Poonch Sector at 11:30am. The Pakistani side was led by the brigade commander of Poonch-Rawalakot while the 121 brigade commander led the Indian side.

India’s defence spokesperson Col SD Goswami confirmed the flag meeting, which, he said, was held to address the issue of ceasefire violations. “The field commanders will discuss modalities to defuse the tense situation,” he was quoted as saying by India’s Zee News prior to the meeting.

The frequency and intensity of ceasefire violations at the LoC have gone up over the past few weeks, resulting in civilian casualties on both sides. On Friday, Pakistan summoned the Indian deputy high commissioner to protest the killing of three civilians by Indian troops in Nakyal Sector on the Pakistani side of the LoC.

The official of Pakistan Rangers and Indian Border Security Force (BSF) had met in New Delhi on September 10 and agreed to deescalate tension along the working boundary. However, the Indian forces had continued to violate the LoC.

“We want better relationships with China and Pakistan. Peace cannot prevail in Asia and the continent cannot prosper on the path of development till India’s relations with them improve,” Rajnath Singh said while addressing Indian troops of the Indo-Tibetan Border Police (ITBP) at Samba in Indian held Kashmir.

Singh claimed India had always been ‘a peaceful neighbour’ and willing to maintain and have good relations with all its neighbouring countries.  “Whether it is a question of border disputes or issues of terrorism, I feel all the issues can be resolved through talks,” he added.

Asked whether India was hopeful of a positive outcome from Monday’s Indo-Pak flag meeting, Rajnath evaded a direct reply, saying that the Pakistan Rangers DG had met him and has given an assurance on this critical issue.

Last week, Prime Minister Adviser on National Security and Foreign Affairs Sartaj Aziz had said that India would have to take the initiative for resuming dialogue with Pakistan.

“Our position is very clear. India called off the national security adviser-level dialogue last month and the request for any meeting must come from it. India has to take the initiative,” Aziz said in an interview with the Hindustan Times published on September 16.