The desperate plight of the Syrian refugees

The desperate plight of the Syrian refugees

The migran­ts come from differ­ent parts of the world, victim­s of strife or man’s inhuma­nity to man
By Anwer Mooraj
Published: September 19, 2015
Tweet Email 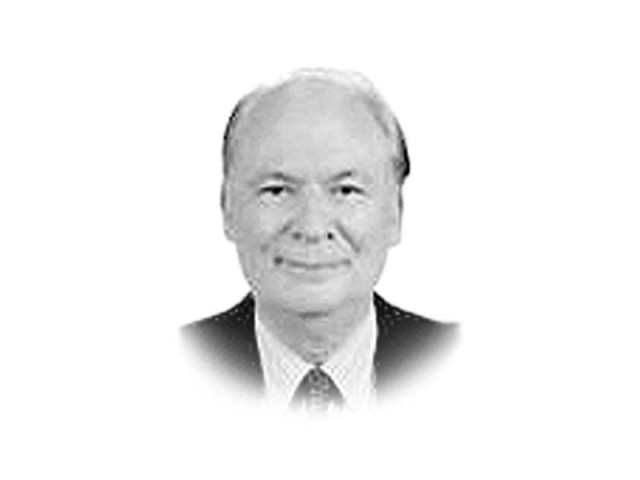 It’s depressing, isn’t it? Those flashes of media sadism. These days every time you switch on the international news channels, they show you hordes of refugees crossing the oceans in ill-equipped boats or trudging across countries in a bid for a better life. A popular destination is the bloc that doesn’t seem to understand anything anymore — Europe — the place where sandwiches have more than two ingredients.

The migrants come from different parts of the world, victims of strife or man’s inhumanity to man. First it was the Rohingya, and the world learned that the Burmese army had a new Special Forces unit — the Buddhist priests. Currently, it’s the Syrians. The reactions of the Europeans have been mixed and one cannot deny that both moral and humanitarian concerns have been interlaced with considerations of race and religion before a country decided how it should react to requests for asylum. In Asia, the most receptive country has been Turkey that has taken in almost half of the Syrian refugees. Lebanon, Jordan, Iraq and Egypt have also done their bit. In the Gulf, the UAE has taken in 250,000 refugees, while the combined total of oil-rich Kuwait, Qatar and Bahrain is a fat zero. That’s what makes the filigree of narrative so compelling.

The surprise is South America, where Venezuela, Chile, Brazil, Argentina and Uruguay have joined the humanitarian club. In Europe, the Austrians, Germans and Swedes have been most welcoming in accepting applications for asylum. The British and French reception was slower, but it came eventually. And so did the Americans and Canadians who responded favourably, though they took in a trifle.

But it was the snotty-nosed Hungarians who behaved abominably. For them it was a crippling embarrassment. Muslims were not welcome, even if some of them looked like Latvians who had just spent a summer on the Cote d’Azur. The Hungarians pushed every button on the panic switchboard and thought of a number of humiliating ways to irritate the unwanted guests. The refugees were herded into pens and packets of food were thrown over a fence as if they were feeding a pack of Afghan hounds. They used tear gas and water cannon when the mob got rowdy, and packed them like sardines into rolling stock and sent them to the Serbian and Austrian borders. It was bad enough that Hungarian photographers were tripping Syrian children and women before taking their photographs.

But then, the Hungarians were always a murky lot. Even during the Second World War they were up to no good and sent thousands of Jews to labour camps in Poland. Why Gavrilo Princip, the Bosnian Serb, wanted to shoot an Austrian Archduke and his wife instead of a Hungarian and start the First World War, I will never know. What is remarkable is that even the Serbs, the chaps who not so very long ago massacred the Bosnians and the Albanians, and had to be taught a lesson by Bill Clinton, bitterly criticised the Hungarians.

The Syrians are in this mess because the world has abandoned them — the United Nations is dysfunctional, Europe has become particularly feeble, America keeps making promises, Iran and Saudi Arabia are fighting each other, countries in the Gulf are busy funding terrorist organisations and attracting tourism, the Chinese are sprouting proverbs and Russia, well… the less said about Russia, the better. But I wonder why neither of the two highly popular international news channels, CNN and the BBC, have devoted a special programme to discussing just how the Syrians had gotten into this sordid mess in the first place? Would they start with George W Bush’s blitzkrieg on Iraq? Or the clandestine and arcane funding of the Islamic State?

An ideology of hate