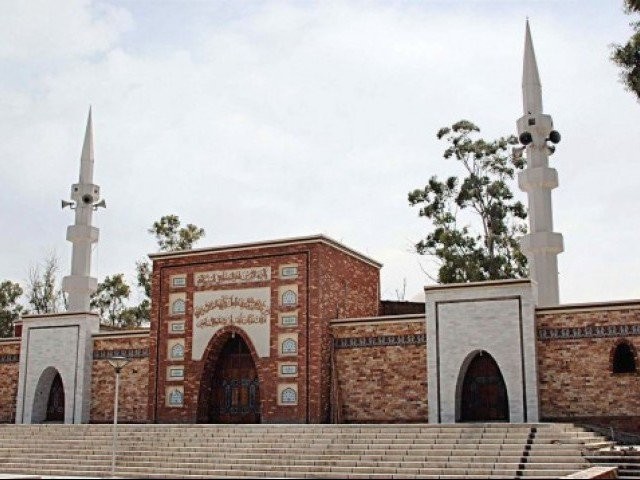 A file photo of the Lal Masjid. PHOTO: FILE

Citing personal reasons, Additional District and Sessions Judge Ata Rabbani has distanced himself from hearing the case against Musharraf over his alleged involvement in the murder of Ghazi Abdul Rasheed during the Lal Masjid military operation in July 2007.

The judge sent back the case to Additional District and Sessions Judge Kamran Basharat Mufti.

Earlier, Mufti had disassociated himself from the case after the counsel for the former president, Malik Tahir Mehmood, expressed reservations over him.

Mufti had then sent the case to Rabbani.

Musharraf’s counsel had maintained that the judge had served as the secretary of Lal Masjid’s commission. He expressed his client’s reservations saying that the judge might have pre-conceived notions in the matter.

On June 13, Mufti had replaced Additional District and Sessions Judge Wajid Ali in the case. Since 2013, Ali had been hearing the murder case.

In 2013, police had registered a case against Musharraf over his alleged involvement in the murder of Rasheed and his mother during the Lal Masjid military operation.

The case would now be taken up on September 17.

Nonconforming use: Violators given six months to shape up or ship out