West Indian supers­tar among host of intern­ationa­ls who will featur­e in Doha next year.
By Nabeel Hashmi
Published: September 16, 2015
Tweet Email 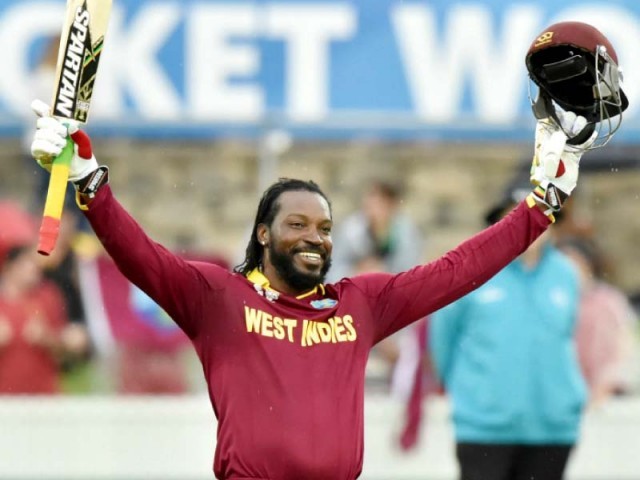 KARACHI: Pakistan Super League (PSL) secretariat head Najam Sethi has said that it is a major boost for the T20 league that West Indian superstar Chris Gayle has confirmed his participation in the tournament.

Gayle is one of the most sought-after players in the world’s T20 leagues and his confirmation has increased the credibility and excitement surrounding the PSL.

The Pakistan Cricket Board (PCB) has already announced that the league will take place in Doha, Qatar from February 4 to 24.

“It’s a major breakthrough for the PSL that Gayle has agreed to play,” Sethi told The Express Tribune. “Only a few players enjoy the same reputation Gayle does and we’re very excited to have him. We’ve been working really hard to get Gayle on board and have been on his trail for the past four weeks.”

Apart from his extraordinary international record, Gayle also boasts unmatched domestic T20 numbers — scoring 8,224 runs in 222 T20 matches at an average of 44.21 and a strike rate of nearly 150 (149.25) with 16 centuries and 52 fifties. Along the way, he has smashed 586 sixes and 640 fours; a reflection of his destructive nature and brute force up the order.

Apart from Gayle, West Indies T20 captain Darren Sammy has also agreed to be part of the extravaganza, while compatriots Kieron Pollard, Samuel Badree and Sunile Narine are in line to star in the PSL as well.

A host of Sri Lankan stars, including skipper Angelo Mathews, opener Tillakaratne Dilshan, and paceman Lasith Malinga, will also be part of the league, while efforts are being made to bring in Kumar Sangakkara, who recently retired from international cricket.

PSL organisers are also looking to sign the likes of Brendon McCullum, AB de Villiers and Glenn Maxwell — three of the most dangerous hitters in world cricket.

“We have 16 or 17 top international players for the PSL already, and hopefully more will be added to the roster in the upcoming days,” said Sethi. “We have almost completed our work and the majority of the players we wanted to add have been brought in. However, we are still looking to add a few more from England, South Africa and Australia.”

The PCB used opener Ahmed Shehzad to convince Gayle into joining the PSL project. The two openers became close friends after sharing a dressing room in the Bangladesh Premier League. “We asked Shehzad to try and convince Gayle, and he played an important part in the West Indian’s joining.”