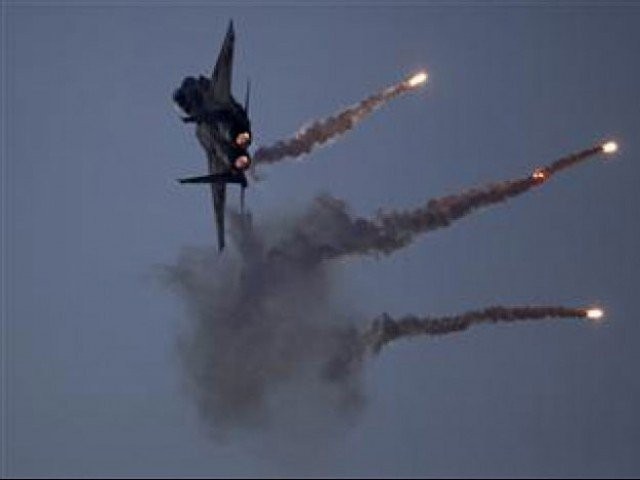 MIRANSHAH / PESHAWAR / KHAR: At least 17 suspected militants were killed in fresh air strikes in a strategic valley of North Waziristan Agency where hardcore terrorists are holed up after fleeing a military offensive elsewhere in the troubled tribal district.

According to local administration officials, warplanes targeted hideouts of terrorists in the Zway Narai and Gorbal areas of Shawal Valley, decimating several bases. They claimed that at least 17 terrorists were killed in the air blitz.

Security officials based in Peshawar confirmed ‘several casualties’ in the air strikes. However, it was not possible to independently verify the claim as the area is off-limits for journalists.

After weeks of air strikes, the military on August 21 mounted a much-awaited ground offensive in Shawal Valley, located on the confluence of the borders between South and North Waziristan agencies near the Pakistan-Afghanistan border, against hardcore terrorists holed up there.

In other violence, two soldiers of the paramilitary Frontier Corps (FC) were killed in a bomb attack in the neighbouring South Waziristan Agency on Sunday. Sources said an FC convoy was carrying water in the Khaisoor area of Tiarza tehsil when suspected militants exploded an improvised explosive device, resulting in the death of two FC soldiers.

The Sajna faction of the outlawed Tehreek-e-Taliban Pakistan (TTP) claimed responsibility for the attack. And officials said a search operation was under way in the area.

Meanwhile, militants who have pledged allegiance to the Islamic State ultra-extremist group said on Sunday that they had attacked a paramilitary check post on the Pakistan-Afghanistan border, in the first such assault claimed by a former faction of the Taliban in several months.

A militant affiliated with the faction, who identified himself as Shahidullah Shahid, said late Saturday night that the group had attacked the check post in the Damadola area in Mamond subdivision of Bajaur Agency.

“Our men destroyed the post, set it on fire and left it after our operation was complete,” he said by telephone. Intelligence officials confirmed that a gunfight took place near the Adil check post, but there were no reports of casualties.