5th ODI: Series up for grabs in Manchester decider

5th ODI: Series up for grabs in Manchester decider

Englan­d have moment­um but Austra­lia cannot be ruled out
By News Desk
Published: September 13, 2015
Tweet Email 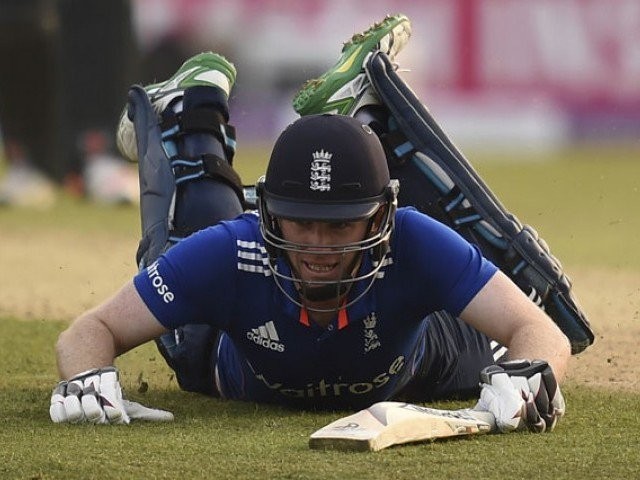 A resurgent England side will be confident of claiming a third win on the trot to win the ongoing ODI series 3-2 when they take on Australia in the fifth and final match in Manchester.

The hosts have had an impressive summer so far on the back of a dismal World Cup that saw them knocked out of the tournament in the first round. An ODI series win against Australia’s fellow finalists New Zealand was followed up by superb showing in the Ashes that saw them regain the famous urn in style.

Now Eoin Morgan’s men will be hoping to finish their summer unbeaten as they take on the world champions; who have changed so drastically since the World Cup due to injuries and retirements that new skipper Steven Smith, recently-called up Aaron Finch and Glen Maxwell were the only three surviving members of the final’s starting eleven in the fourth ODI.

Morgan will be pleased with the way his side managed to make a daunting target of 300 seem easy, but may be worried by the way his players managed to get starts but failed to convert them into big scores. Morgan’s run-a-ball 92 was the only half-century from his side despite two scores in the 30s and two in the 40s.

Another worry for the hosts will be the way this was the third time in the four ODIs that they have been set a target of 300, as the English bowlers once again failed to control the flow of runs despite reducing Australia to 30-3 at one stage.

Smith, on the other hand, will be hoping to rally his side after they have been pegged back from 2-0 up and seemingly cruising to a series to being 2-2 going into the decider. The bowling department seems a little weak without Mitchell Johnson and Mitchell Starc but Pat Cummins bowled superbly as he finished with figures of 4-49 in his 10 overs.

Consistency has been hard to come by in the entire tour, with both sides taking turns to dominate, so the two young captains will be urging their men to muster up one final effort to take home the prize.