Gearing up for some tamasha

Gearing up for some tamasha 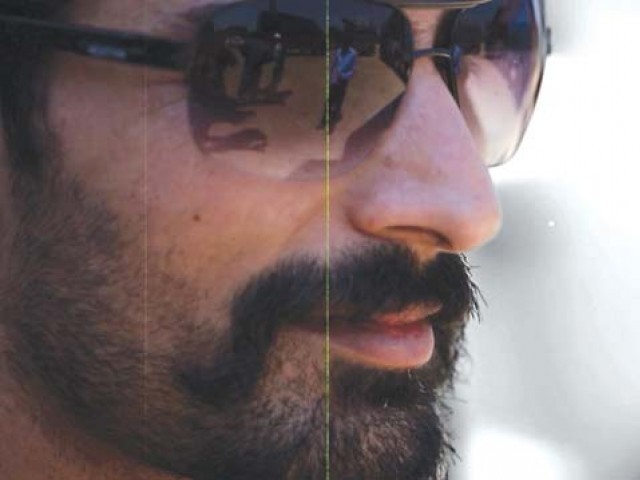 Tamasha will be released on the two online music-streaming portals Taazi and Patari. PHOTOS: PUBLICITY

In the hope of keeping Pashtun music alive, band Khumariyaan seems to be in full swing as they gear up to release the video of their latest soundtrack Tamasha. Now in their fifth year, the band still stands strong with Sparlay Rawail on lead guitars, Aamer Shafiq on rhythm guitars, Farhan Bogra on Rubab, and Shiraz Khan on percussions. The band is set to present the music video at World Music Day festival, which is to take place on September 12 at Lok Virsa in the capital.

From strangers to friends, Sparlay recalls that the first time the band played the track was when the four came together. With the aim of impressing each other with their musical skills, each of them played their respective instruments to the best of their potential. Fast forward to 2015 and the result of their synchronisation is Tamasha, which Rawail describes as “a very high on energy, upbeat track.”

On how they derived the name of their upcoming release, Rawail shares, “The song derives its name from the festival ‘Tamasha’ that took place at a university, where the four of us met for the first time.” He adds, “I can conjure up an inspiring tale behind the meaning of the song, but I won’t because there isn’t any. It’s just a sincere expression of what we feel of our surroundings.”

Tamasha will be released on the two online music-streaming portals Taazi and Patari. While composing music that echoes the sweetness of their native tongue, the young Pashtun musicians have held frequent performances across the country and in the United States. They’ve also performed in conjunction with legendary folk vocalists of Khyber-Pakhtunkhwa, such as Zarsanga Khan and Ahmad Gul Ustad. “Our people simply love us. The audiences always enjoy our concerts,” says Sparlay. The band’s dynamics are interesting in how all four of them stand side by side while performing to show that no one member is superior to the other.

Owing to the economic limitations of pursuing music full-time, all four members work at different places during the day. But Sparlay feels their alternate jobs haven’t impeded their musical career. Their love for music brings them together to give the audiences a taste of Khumariyaan. They attribute this to the sense of fulfillment they derive from watching people groove to their tunes.

Keeping commercialism at bay, the band has also turned down offers from filmmakers and advertisers to produce background scores. “We need to go further ahead even if the music industry revives to its previous state. Music needs to be viewed as a respectable job for artists. These matters are now being brought into the limelight to a great extent, so we’re gradually moving in the right direction,” notes Rawail.

The band aims to remain true to last year’s efforts as they promoted several folk musicians, including Alghoza player Akbar Khamiso Khan to play across social media platforms. This led to Khan getting booked to play in France and in far-reaching parts of Pakistan. Khumariyaan also lends assistance to neglected folk musicians, who make only a fraction of the frontmen’s earnings. To this end, Rawail shares that a certain amount of the money they came goes into helping struggling folk musicians by trying to arrange concerts for them as well as helping them create a social media presence. “We’ve helped numerous musicians that I don’t want to name to maintain their privacy,” says Rawail.