Boy was hit with a plasti­c stick for talkin­g in class and failin­g to recite the Quran proper­ly
By Web Desk
Published: September 11, 2015
Tweet Email 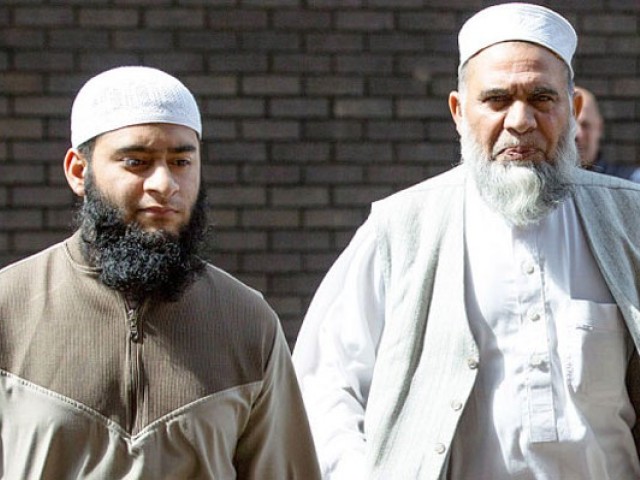 Two teachers of an Islamic school in England have been sentenced to a year in prison for brutally beating a 10-year-old boy with a plastic stick, causing him to lose his hair due to stress.

The Birmingham Crown Court sentenced Mohammad Siddiqui, 60, and his son, Mohammad Waqar, 24, after they confessed to beating the child for “talking in the classroom” or making mistakes while reciting the Quran.

The assaults took place on four different occasions at Sparkbrook Islamic centre, attached to the Jamia Mosque, in Birmingham.

Photographs of the boy’s injuries were presented in court as evidence of ‘extensive’ bruising on the backs of his legs.

Judge Mark Wall QC told the accused “Acts of brutality of this sort which you each indulged in, with a stick, will not be tolerated.” Sam Forsyth, the prosecutor said “Waqar would call him names like ‘paedo’,” in class, while adding that the victim became so upset by what was happening, he started to “lose hair”.

Meanwhile, terming the behaviour of the teachers ‘unacceptable’, Judge Wall stated that the accused “assaulted the boy twice, once each by slapping him with their hands, and once each by hitting him with what has been described as a plastic stick.”

Further, while the judge lauded the courage of the 10-year-old for speaking up, Charanjit Jutla, lawyer representing the father and son claimed both were of good character and regretted their conduct.

“Past students and other professionals speak exceptionally highly of both defendants,” Jutla said. Others in support of the father, son duo were also present during the hearing and claimed that Waqar had been teaching for a year but Siddiqui had an experience of 30 years and is also the mosque’s imam.

“We’re all in shock. I pray behind him at mosque. I have never heard a bad word said about Mr Siddique, he’s always been a polite gentleman.” Nowroz Uddin, who has known Siddiqui for 25 years, said.

However, disagreeing with the claims, Judge Wall while addressing the father and son said that by such an act, they not only broke the trust of parents but also of the school authorities.

“That you each assaulted him twice, in similar ways, leads me to conclude that between you, you must have decided this was an appropriate way to act towards recalcitrant children,” he stated.

The prosecutor reading a victim impact statement said the event has left an impact on the child, causing him to lose hair owing to the stress.

“When he was bruised he would try and hide them with clothing even in very hot weather and make excuses not to go to the centre, such as having a tummy ache. He would get very upset about small things,” she added.

The court presented the accused a restraining order, banning both from trying to make contact with the victim. “I have no doubt the relevant authorities would bar the men from further teaching,” the court added.