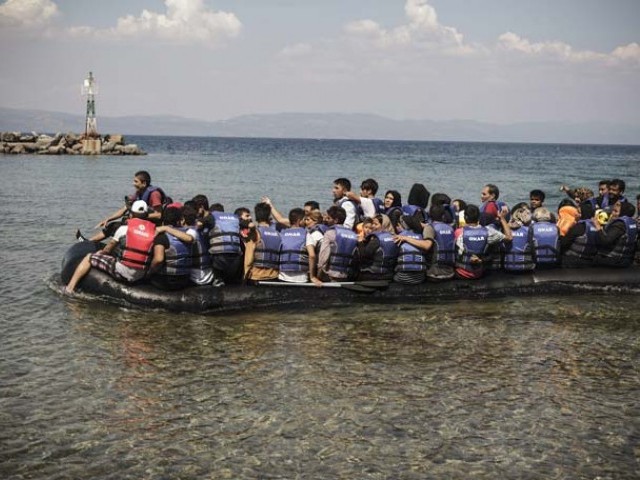 A dinghy carrying Afghan, Syrian and Iranian migrants arrives in the port of the village of Sikaminea on the Greek island of Lesbos on August 20, 2015. PHOTO: AFP

DUBLIN: Ireland said on Thursday it would accept additional refugees from Europe’s migrant crisis, taking the number expected up to 4,000.

It has already committed to take 600 people and 520 more are currently being resettled. “We have all been shocked and upset at the scenes witnessed in southern and central Europe and the distressing scenes during rescues in the Mediterranean.

Read: EU’s refugee plan: how does it work?

It is only right that we are do all we can as a nation to help,” Fitzgerald said. Ireland, which has a population of around 4.6 million people, is a member of the European Union but has not signed up to the EU’s plan to share refugees across the bloc.

Earlier, European Commission chief Jean-Claude Juncker unveiled a plan for EU states to take 120,000 refugees from overstretched Italy, Greece and Hungary, but divisions remain over how it would work.

The proposals, announced in the European Parliament, are aimed at relieving the worst refugee crisis since World War II as growing numbers of people flee war-torn Syria and other conflict zones for Europe.