Law expert Mian Ali Ashfaq asked why the Gulber­g police statio­n had not invest­igated the case
By Our Correspondent
Published: September 9, 2015
Tweet Email 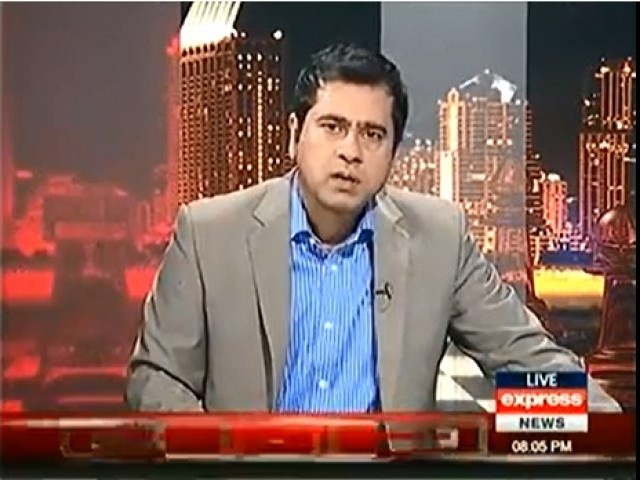 Hosting Express programme Takrar, Khan said Salman did not comment on any of the proofs. PHOTO: EXPRESS PHOTO GRAB

TV anchor Imran Khan has said that Salman Danish did not allow any reporter from the Express Media group to attend the press conference because he feared he would not be able to answer their questions.

Hosting Express programme Takrar, Khan said Salman did not comment on any of the proofs he (Khan) had shown the previous day, because if he did, he was bound to face a court case against him.

Express correspondent Amir Ilyas Rana said the police could get any statement from people by force, but what mattered was a statement of the accused before a judge. He demanded that an inquiry by a joint investigation team (JIT) be initiated immediately.

Pakistan Federal Union of Journalists (PFUJ) President Afzal Butt said a judicial commission should investigate the issue. He asked why the Punjab government was not taking any action right away.

Law expert Mian Ali Ashfaq asked why the Gulberg police station had not investigated the case. He said the fact that the CIA raided a house in the absence of a lady police official raised many questions. He said the demand for a JIT was justified.

PFUJ leader Amin Yousaf said Salman had acted childishly by ignoring the questions raised in the previous day’s programme of Takrar. He lamented that the guards at the press conference had not allowed reporters from the Express Media group to go in. He said the PFUJ would launch a protest at the international level.