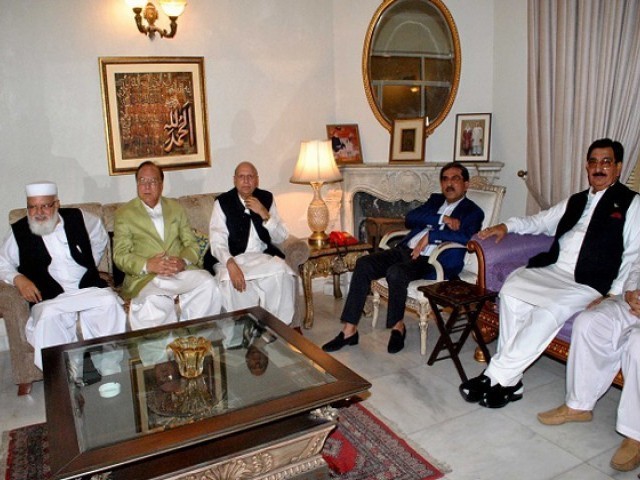 He was speaking to the media after a meeting of the representatives of the seven parties to cobble together an alliance against the ruling party. “All seven parties have decided to let their district-level leadership choose candidates they will field against the PML-N,” he told reporters.

The PTI, however, denied it had agreed to any seat adjustment deal with the PPP. According to the party’s deputy organizer, Umar Sarfaraz Cheema, the seven opposition parties agreed only to prevent the PML-N from rigging the local government elections and to demand the resignation of the members of the Election Commission of Pakistan.

Govt, madrassas at loggerheads over freezing of bank account