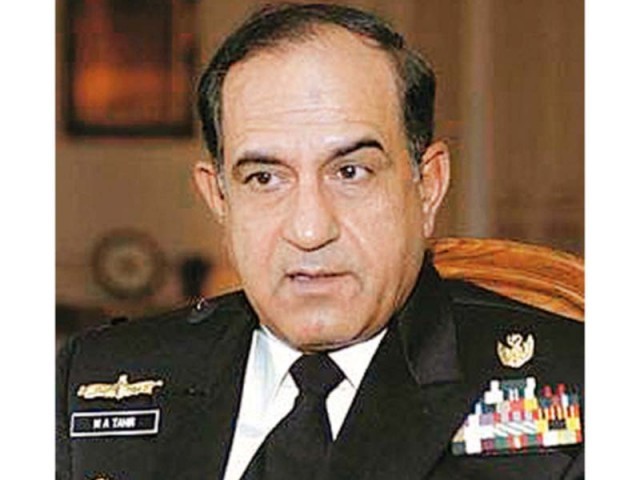 Not long ago we had a visitor at our house and my 18-year-old son had his right leg crossed over the left knee with the shoe pointing towards the guest. As the caller left, I admonished my son. He barely understood the reason behind my anger and took a while to understand that the posture reeks of disrespect.

Former Pakistan Navy chief Admiral (retd) Afzal Tahir’s Destiny to Despair essentially restates national history to draw conclusions on the steep decline in societal values. The script is a recollection of the author’s personal observations in Pakistan and abroad. Lamenting the downturn in spiritual and behavioural values, he rests his argument on historical lapses and the failure to understand the “ideology of Pakistan”.

In recalling the tragedy of East Pakistan, the public disappointment with the armed forces is blamed on ‘opinion makers’. Dispassionate historians have never singled out army as the only institution responsible for the tragic events in East Pakistan. What however cannot be denied is that in the run up to December 1971, the reins of the country were firmly in the hands of General Yahya and a fixed coterie of people around him.

The decay in governance and political culture, besides the Baloch and Taliban insurgencies are also discussed. According to the author, the criticism of armed forces is unwarranted since the blame lies elsewhere. “Criticising and even ridiculing the armed forces and the premier intelligence agency has become a fashion.” The repeated interventions, wars fought, ongoing operations and the military’s role in the formulation of foreign policy are all justified. So are the perks and patronages of various defence housing societies. Defence Housing Authority was not the pioneering project in the field, asserts the author. Furthermore, an exclusive chapter is devoted to “subservience to United States and India.”

Most of the contents in his book are a well treaded history. Few issues however need to be put in the right perspective. The two-nation theory was relevant until a separate homeland for Muslims was carved out of British India. It was believed that the Muslims, first under the yoke of the British Raj and later under Hindu domination, would have always lived as second grade citizens. Interestingly, it has never been as overt as in present-day India under the Modi government.

On the issue of governance, the author cites no credible argument except that the decay had set in quite early after independence. According to him, a particular class wanted to enrich itself while the public office-holders gradually drifted from their fundamental responsibility and today act more as rulers than servants. True, but India too inherited an identical system. With minor alterations, things have worked well for India. Why did they fail in Pakistan? Why was tampering of the system undertaken by successive civilian and non-civilian governments? The script is silent on the issue. The author would have done well had he alluded a bit to the pre-partition history.

As a solution to myriad ills afflicting society, the suggestions advanced in the book range from simple actions like voluntary adoption of certain traits to paying taxes and cutting down of the “Sultanic expenditures” of the ruling elite. The armed forces, he recommends, must also make a concerted effort to reduce the number of officers in higher ranks as all three services have become top-heavy. ‘There are far too many generals, admirals, air marshals, brigadiers and equivalent in the respective services.”

It would be rather unfair to paint the entire society with the brush of lowly moral and spiritual values. The degeneration of society in Pakistan did not take place overnight. It has been a sustained process in which all segments are equally, if not more, responsible.

The writer is a senior research fellow at Pakistan Navy War College, Lahore