Week-long event to be simult­aneous­ly held in Lahore, Karach­i and Islama­bad
By Our Correspondent
Published: September 5, 2015
Tweet Email 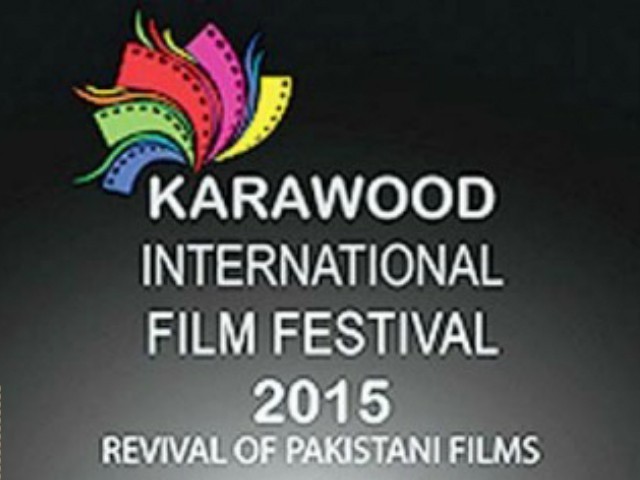 Pakistani films such as Na Maloom Afraad and Tamanna will also be featured in the festival. PHOTO: PUBLICITY

KARACHI: After multiple delays and logistical problems, the Karawood Film Festival will now finally start from September 7. The week-long event will simultaneously take place in Lahore, Karachi and Islamabad.

Speaking to the members of the press, veteran actor Nadeem Baig, who is also part of the jury for the inaugural edition of the festival was hopeful that such an initiative would help bring the film industry back on its feet again. “I am glad that the film industry has finally come out of the downward spiral that it was stuck in and that quality films are once again being made in the country,” remarked the legendary actor.

He singled out the lack of resources as a major reason why Pakistan despite being home to some of the most talented individuals has never been able to capitalise on them. “Previously, movies in Pakistan were being made on obsolete equipment but now we have luckily managed to progress by leaps and bounds on the technical front, which has allowed us to make full use of the talent in place.”

Whilst differentiating the event from other similar festivals taking place within the country, Adnan Khan, COO of Karawood film festival explained that unlike its local contemporaries the festival would also feature films from countries such as Turkey, Iran, America and India.

“Karawood Film Festival is not just an event. It is a platform on which the newcomers of the industry can showcase their talent,” stated Khan.

Hashim Raza, CEO of Cinepax Cinemas, which has teamed up with the festival to screen the movies that will be shown during the seven-day-event, said that it was events like these that will ensure that the industry is ‘nurtured’ properly nurtured.

Some of the movies that will be screened at the festival include Power Rangers, Tamanna, Na Maloom Afraad, Mahlab, Ikhtiyar and Prohibited.