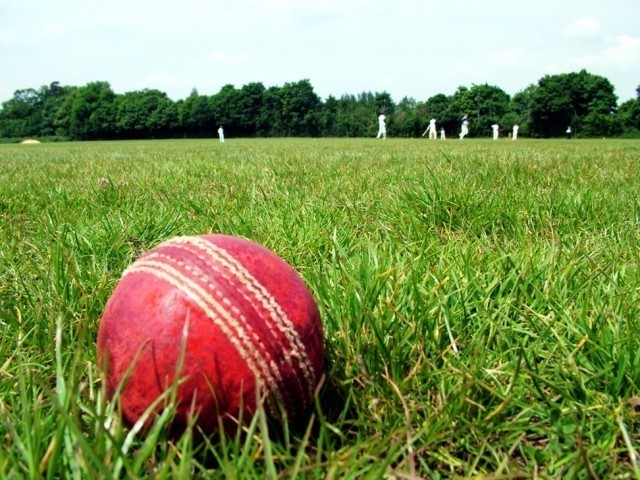 Man of the match: 74 is the number of runs Larkana’s Asif Babar scored off 37 balls to guide his team to a seven-wicket win over Lahore Blues. STOCK IMAGE

Chasing 142, Larkana reached their target with 3.3 overs to spare, courtesy an unbeaten 74 off 37 balls by man-of-the-match Asif Babar and Javed Bhutto’s 27 off 30 deliveries. Sher Hasan, Jalat Khan and Muhammad Irfan took a wicket each while giving away 23, 27 and 31 runs respectively.

Earlier, choosing to bat first, Quetta were restricted to 141-4 as Ali Asghar took 2-23 and Zahid Mahmood and Imran Chandio claimed a wicket apiece. Unbeaten Bismillah Khan (79) was the top scorer for the losing side.

In the second match of the day, chasing 152, AJK were restricted to a paltry score of 69 runs in 14.4 overs as Salman Agha dismissed three batsmen for just 17 runs, while Ziaul Haq and Ataullah took two wickets each. Irfan Talib (22) was the highest scorer for AJK.

Earlier, Lahore posted 151-3 with the help of Muhammad Akhlaq’s 51 off 32 balls and Imamul Haq’s 45 off 40, while Saad Altaf, Irfan Talib and Usman Maroof took a wicket each.

Angelo Mathews left to pick up the rubble alone