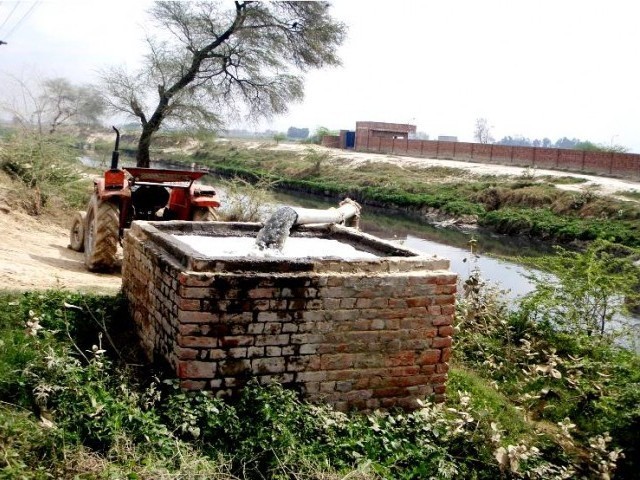 A study recently conducted by the Institute of Soil Chemistry and Environmental Sciences at the Ayub Agricultural Research Institute (AARI) in Faisalabad says close to 65 per cent of agricultural land in six important cities of the province has become uncultivable because of farmers using water contaminated with industrial waste and sewage to irrigate the land.

More than half of erstwhile fertile land in Faisalabad, Kasur, Multan, Lahore, Rawalpindi and Gujranwala has become barren or is close to becoming infertile because of the use of contaminated water for irrigation, the report says.

Spokesperson for the AARI told journalists on Monday that they had taken 338 samples of soil from Faisalabad and its surrounding localities and sent them to a laboratory for chemical analysis. The test report revealed that 64 per cent of the samples contained a high quantity of lead and 100 per cent of the samples had zinc over and above the standard set by the World Health Organisation and the Pakistan Environmental Quality Standard.

“It is the high quantities of lead and zinc in our soil that is rendering it uncultivable…it also leads to pollution in the agricultural production.”

Responding to a question, the AARI spokesperson said that most of the farmers in these cities were using industrial waste and domestic sewerage to irrigate their lands. “Industrial waste is full of harmful chemicals and domestic sewerage contains poisonous items which are then absorbed by the vegetables and grains grown on the land. After a while, the land irrigated with such water becomes completely barren.”

He said the report suggests that the government should take immediate notice of the situation and construct separate drains for industrial waste and domestic sewerage. He also called for laws against the use of such water for irrigation.

Crimes against women: Woman raped for a month escapes