They are believ­ed to have stayed in touch as friend­s until after Zayn ended his romanc­e with Perrie last month
By Entertainment Desk
Published: August 30, 2015
Tweet Email 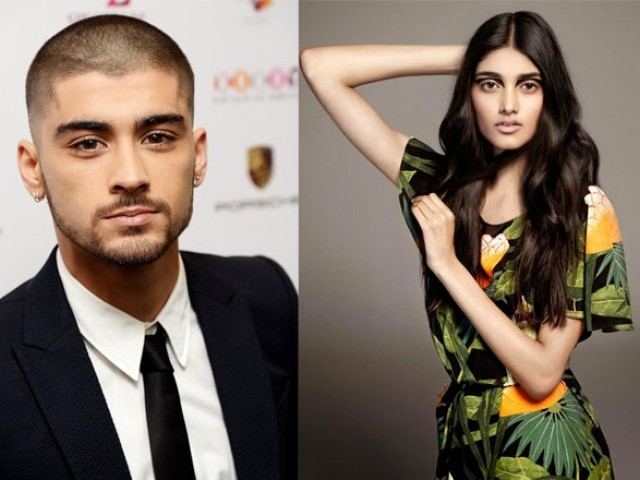 They are believed to have stayed in touch as friends until after Zayn ended his romance with Perrie last month.

After breaking up with his fiancee Perrie Edwards via text message, Zayn Malik now seems to have eyes for an Indian model.

According to Mail Online, the 22-year-old former One Direction singer is smitten with Burberry’s first ever Indian model, Neelam Gill, after meeting her in London earlier this year.

At the time Zayn, having just left One Direction, was working with producer Naughty Boy and Neelam was visiting her friends, hip hop duo Krept and Konan, who were also recording in the building.

Zayn has also worked with Krept and Konan since leaving the boyband.

They later bumped into each other at the Asian Awards in London in April, where Zayn picked up an award for Outstanding Contribution to Music, but again nothing happened as he was still with Little Mix singer Perrie.

She tweeted him afterwards saying: ‘Congratulations on your award tonight @zaynmalik, catch up again soon!’

Zayn and Neelam are believed to have stayed in touch as friends until after the former ended his romance with Perrie last month. Neelam even knows Zayn’s former bandmate Harry Styles, as the two met backstage at a Burberry show during London Fashion Week and posed for a picture together.

It is also reported that 20-year-old Neelam is planning to fly to Los Angeles in the coming days to spend some quality time with Zayn, who is renting a home there while he works on his first solo album.

While Zayn is said to be smitten with Neelam is extremely serious about her career and unsure if she wants to get involved in such a high profile romance.

Mail Online quoted a source saying, “Neelam doesn’t know if she wants all of the drama that comes with dating someone in the public eye. She is going to LA to spend some time with Zayn and see how things go from there. She is serious about her career and doesn’t want anything to get in the way of that but she has hit it off with Zayn.

‘Don’t expect them to be spotted out in public together though, both are eager to keep their connection a secret for now.’

#Anthropologie campaign shot in #India! I was surprisingly nervous about this trip and travelling to India alone but it's one of my favourite places I've visited so far with my job and I can't wait to go back sometime soon!

Neelam is signed to Models One in London and Wilhelmina in New York and has plenty in common with Zayn, including an interest in R&B.