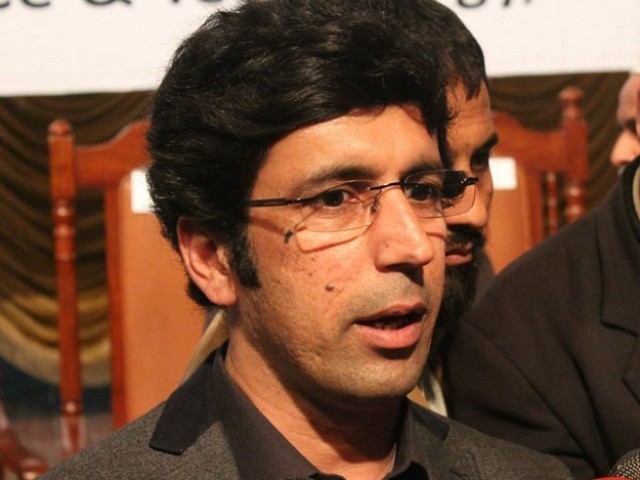 PESHAWAR: Minister for Health Shahram Tarakai has called for a meeting with the administration of Lady Reading Hospital to discuss the grievances of patients and attendants arriving at the facility.

Insiders familiar with the matter told The Express Tribune that the meeting will be held on Monday at the health minister’s office.

Shamim Akhtar, whose husband has been admitted in LRH’s nephrology ward, told The Express Tribune that the AC in the ward has not been working for a long time and is affecting her husband’s recovery.

“There is no ventilation and we feel suffocated,” he said. “The unbearable heat is creating further complications in my husband’s health. I bring him to LRH every time he needs blood transfusion and it is disappointing to note that the air conditioners are out of order.”

According to Akhtar, many attendants have been forced to bring their patients into the corridors of the hospital as ACs are non-functional at various wards.

“Some attendants have brought their own pedestal fans to the hospital,” he said. “Those who cannot afford pedestal fans are using handmade fans to provide respite from the heat.”

Babu Gul, another attendant, said his father has been admitted in medical ward B.

“However, there is no AC at the ward,” Gul said. “I have placed his bed outside the ward where there is some respite from the heat. Hospitals are meant for treating patients. On the contrary, in LRH, patients do not seem to be in a good position. Many attendants are also falling sick due to the heat, lack of ventilation and unsanitary conditions at the facility.”

Taj Mir Khan, a renal patient who hails from Mohmand Agency, came to LRH for treatment.

“My condition has worsened ever since I was admitted here,” he said. “Patients are dying due to the heat and suffocation.”

On June 20, a renal patient died at the facility due to the heat caused by load-shedding and a faulty generator.

LRH Spokesperson Jamil Shah told The Express Tribune the hospital administration is aware of the situation.

“ACs of various wards of the hospital will be repaired one by one,” he said. “Currently, ACs in the casualty ward are being repaired. We will subsequently repair ACs at other wards as well.”

About the upcoming meeting on Monday, he said the provincial government is committed to providing a range of facilities to the public. “We will do everything to solve problems faced by patients,” he said.

The provincial government had imposed an emergency in health sector and allocated over Rs24.6 billion for the health sector in the budget for 2014-15. Of this amount, Rs60 million was set aside to improve health care facilities in Peshawar, Charsadda, Nowshera, Swat, Haripur, Abbottabad, Kohat, Mardan, Malakand and Chitral.

All in one cup: More people turn to Hijama for a cure in the city