Nine died near the city of Sialko­t in Punjab provin­ce, and more than 40 were wounde­d on Friday­
By AFP
Published: August 29, 2015
Tweet Email 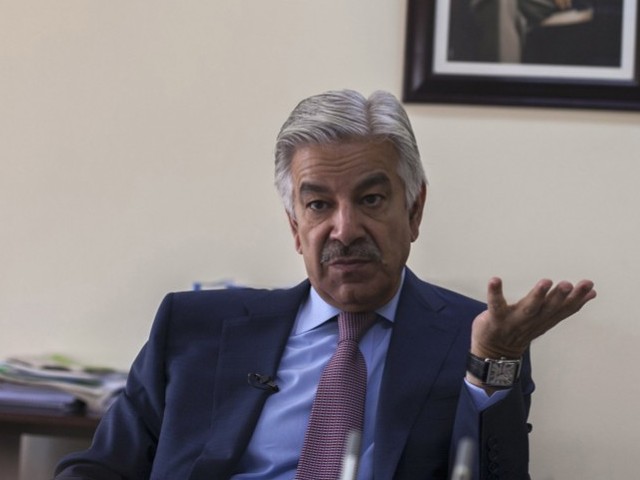 Nine died near the city of Sialkot in Punjab province, and more than 40 were wounded on Friday. PHOTO: REUTERS

SIALKOT: Pakistan will respond “with full force” if India continues to target the civilian population, Defence Minister Khawaja Asif warned on Saturday, after nine people were killed by cross-border shelling.

Nine people were killed by shelling from Indian forces over the Working Boundary near Sialkot, more than 40 were wounded on Friday, less than a week after high-level talks were aborted amid a row over Kashmir.

India claimed that at least four villagers were killed in Indian-held Kashmir by Pakistani fire.

“We will counter this situation on all levels. If war is forced on us we will take good care of them,” the defence minister said after visiting the wounded in hospital on Saturday. Asif hails from the border town and was elected to the National Assembly from NA-110 Sialkot.

He added, “If India crosses the international border and aggression is committed again, we will defend our homeland and inflict much more damage than 1965,” Asif said.

The 1965 war between the two countries took place over two weeks in September, and each September 6 Pakistani media eulogises the army for thwarting Indian aggression. This year marks 50 years to that war.

A meeting between the Indian and Pakistani national security advisors in New Delhi on Sunday was called off at the last minute following a dispute about whether the agenda should include Kashmir.

The two sides regularly fire shells and mortars across the disputed border both in Kashmir and to the south in Punjab, killing civilians.

Pakistan and India have fought two of their three wars over the Himalayan region since both gained independence in 1947, and it remains a major source of tension.

About a dozen groups of freedom fighters have been fighting since 1989 for either the independence of the Indian-held portion of Kashmir or its merger with Pakistan.

Shelling across the de facto border — known as the Line of Control (LoC) in disputed Kashmir and the “working boundary” in Punjab — has been on the rise this month.