Also in talks with Airbus and KLM to upgrad­e its engine­ering facili­ties
By Saad Hasan
Published: August 28, 2015
Tweet Email 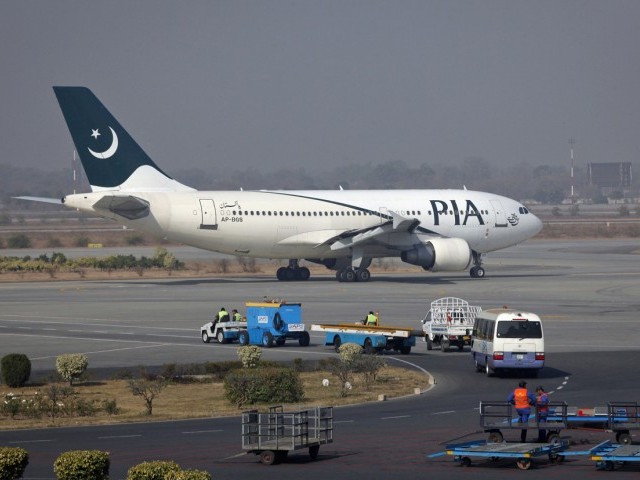 Pakistan International Airlines (PIA) plans to lease seven new jets by year-end, aiming to increase the size of its fleet to 42 aircraft; one of the largest ever, airline’s Chairman Nasser N A Jaffer said on Thursday.

Despite massive debt and accumulated losses that have wiped off its entire equity, the national flag carrier has already leased 14 jets and turbo props in recent years.

“Not everything is right but we are trying to improve the situation by bringing in changes,” he said at a media briefing.

“With these aircraft we will serve more passengers. This is the first time in PIA’s history that so many planes have been inducted in the fleet in such a short span of time.”

Right now the airline has 35 aircraft including 11 ATRs, nine Airbus 320s, nine Boeings 777s and six A310s. Out of these, 30 aircraft are operational while five await repair work.

The jets that will join the fleet over the next few months also include three Boeing 777s.

Jaffer said PIA has approached the government, which is the majority shareholder, to restructure its balance sheet. “Fortunately, we have people on our board who have some suggestions on how to restructure the airline’s debt of Rs295 billion.”

About the continuous decline in PIA’s frequency and shrinking share in international passenger traffic, he hoped the problem will be addressed with the addition of new aircraft.

However, the chairman, who was flanked by Managing Director Shahnawaz Rehman and other senior officials, did not respond to a question about how the airline intends to counter growing penetration of Middle East-based airlines.

“The Civil Aviation Authority (CAA) has allowed these (foreign) airlines to operate more flights because it says we are not able to serve passengers. Obviously, if there is a demand for five flights from a city and we can manage only two, then someone would come in to meet the demand.”

Without discussing much the proposed privatisation of PIA, he said the government was supporting the management’s restructuring efforts as evident from the $52 million it gave to lease the aircraft.

The renewed effort to take PIA out of losses has coincided with a sharp decline in jet fuel price. “We are lucky on that count. And that is how we have been able to offer discounts to customers.”

Addressing criticism that surrounds the hiring of flight instructors on contract, Managing Director Rehman said it was a requirement as pilots needed training for the A320s.

“We don’t have line instructors for this type of aircraft and that is why we are hiring them from outside on a temporary basis.”

“We are also trying to attract Chinese investment in MRO (workshops) that are planned at Islamabad and Lahore airports.”

The government has been drip-feeding PIA by helping it arrange loans to pay salaries and vendors as the airline’s balance sheet, which carries a negative equity, does not interest lenders.