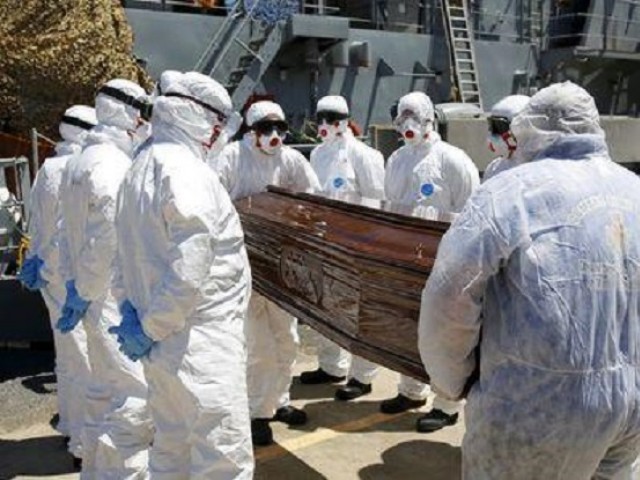 A coffin, containing the body of an unidentified migrant, is carried off the Irish Navy ship LE Niamh in the Sicilian harbour of Messina, Italy July 29, 2015. PHOTO: REUTERS

Some 50 migrants were found dead in the hold of a boat off the coast of Libya on Wednesday. The bodies were discovered during a rescue operation which saved 430 other people, the Italian coast guard said.

Thousands of people, mainly from Africa and the Middle East, have put to sea this year in the hope of reaching Europe. They are often dangerously packed onto small boats that were never designed to cross the Mediterranean.

A spokeswoman for the Italian coast guard said the Swedish ship Poseidon, working with the European Union’s border control agency Frontex, had gone on Wednesday to help a boat in difficulty. It was then the bodies were discovered.

More than 100,000 migrants have reached Italy so far this year. However, at least 2,300 are believed to have died while trying to make the crossing. Emergency services received 10 calls for help from various boats in difficulty on Wednesday, all in an area around 50km from the Libya coast.