Castaway: The other end of the line

Castaway: The other end of the line 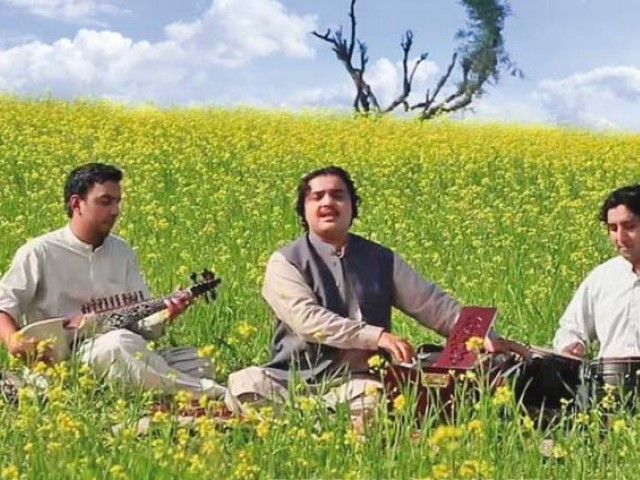 The protagonist spends his last few days at home in the company of his beloved interest. PHOTOS: EXPRESS

The video opens with a jib shot panning across swaying fields outside a mud house in Charsadda. A postman skirts the walkway on his bicycle to the doorstep where he is greeted by a young man, portrayed by actor, Pak Pathan. Greetings are exchanged after which a telegram changes hands – the telegram that has changed many a lives in almost every family of the province.

Travelling and separation are recurring themes in Pashto music and literature. Directed by Hanif Baloch and Khurram Shehzad, the near five minute video of singer Zafar Iqrar’s latest work encapsulates how the struggle to make ends meet consumes relationships and the small things that lighten up lives.

Graana is special in numerous ways. Iqrar himself believes the video and the lyrics perfectly represent our society.

“You will see glimpses of those around you in each of the characters,” he tells The Express Tribune. Iqrar, the livewire of Hunar Studio, says at least one person from every family around him has left for another country in search of a better future of his loved ones. “The distance changes life completely. It is never the same when one returns home after years and years.”

Sitting between the crops in Swabi, Iqrar, along with his brothers Javed Khan and Waqar Atal, can be seen performing the composition as the protagonist spends his last few days at home in the company of his love interest, played by Roshi Khan, and his parents.

Both the video and the track have been produced using state-of-the-art technology which is quite uncommon with the troubled Pashto music industry. “The video alone cost us Rs0.2 million. Thinking of returns is madness in an industry like ours,” says Iqrar. He adds societal turbulence had already pushed artists to the wall while piracy literally broke their back. “The music is downloaded illegally and the artist doesn’t get a tuppence.”

Iqrar believes musicians hardly focus on issues of human interest and tend to rely on commercial mantras only. “Majority of the videos produced today are full of crude, meaningless dance sequences,” he says. The vocals, rabab and drums have been mixed at Hunar Studio which itself is a one-of-a-kind facility in the city. The studio speaks of the philosophy that drives Iqrar and his brothers towards keeping the flame of Pashto music burning. They do not just focus on sound production but instead train budding artists and music enthusiasts from across Khyber-Pakhtunkhwa. Equipped with the latest instruments and gadgets, Hunar Studio is one of the many institutions that stand between Pukhtuns and radicalisation. “More and more people have begun to invest their careers in this industry. Our society is changing and so is our music,” he adds.