Liverpool out to make amends at the Emirates

Liverpool out to make amends at the Emirates

Arsena­l had lost their openin­g game of the season at home to West Ham.
By AFP
Published: August 24, 2015
Tweet Email 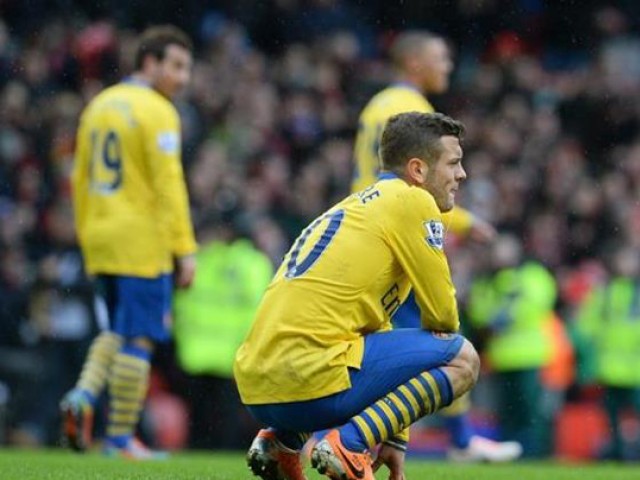 LONDON: Emboldened by back-to-back victories, Liverpool visit longstanding rivals Arsenal on Monday looking to score points in the early-season battle for a top spot in the Premier League.

Liverpool lost 4-1 on their last trip to the Emirates Stadium in April as their challenge for a place in the Champions League faded, with Brendan Rodgers’s side taking just eight points from a possible 27 in the run-in.

But having beaten Stoke City and Bournemouth, and with Arsenal having lost 2-0 at home to West Ham United on the opening weekend, Liverpool return to north London with confidence at least partially restored.

“No matter when these games come in the season, they’re always good for the psychological effect,” Liverpool manager Rodgers said in his pre-match press conference.

“Of course, we’ve got tough games [to come] away from home, but we’ll arrive into the game with confidence. If we can go there and perform like we think we can and have that game-plan, we’re confident that we can get a result.”

Liverpool have won only once in their last 18 games at the Emirates and their 5-1 demolition of Arsenal at Anfield in February 2014 was the only success in their last eight meetings with Arsene Wenger’s side.

Both teams tend to approach games looking to dominate the ball, but Rodgers says that as far as possession is concerned, he is more interested in quality than quantity.

“If you look at Arsenal’s last 10 games that they’ve lost at home, the teams that have won have always dominated possession,” he said.

“The teams that have been there have only averaged around four shots on target and with 43 per cent possession. So it tells you that you can go there and you don’t need to dominate the ball, but you can dominate the space and that’s obviously something that is important, especially in the big games away.”

While Arsenal claimed their first points of the season by winning 2-1 at Crystal Palace last weekend, the opening loss to West Ham called their credentials as title contenders into question.

A second home defeat in succession would see yet more scorn poured on Arsenal’s title chances and Wenger knows it is of paramount importance that his players put the West Ham result behind them.