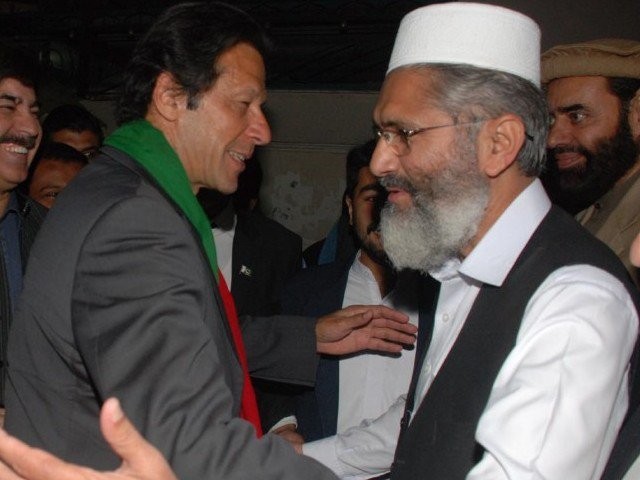 PESHAWAR: As if the recent past has been too promising for it, the May 30 local government elections in Khyber-Pakhtunkhwa have pushed Jamaat-e-Islami further behind its contemporaries.

The party’s embarrassing performance has left curious minds within its circles disturbed, as they look to revive the party’s lost glory. It failed miserably at extending its scope of influence beyond Sirajul Haq’s hometown of Dir.

While many believe the party’s public outlook and policies have caused the damage, others have begun pointing fingers towards its long-time companion, Imran Khan’s Pakistan Tehreek-e-Insaf.

“We had no Plan B,” said JI K-P shura member Dr Muhammad Iqbal. “We trusted the PTI for everything”.

The leader, who is also a mover and shaker of the party’s LG affairs, admits JI has lessons to learn from the debacle. He reiterated a stance still held by numerous JI leaders, “I am confident about the party’s performance and future.”

He said the party was caught off guard when PTI ended alliances in different districts at the last minute. “We had not pitted candidates in several union councils and left those seats at PTI’s disposal.”

However, he also somewhat attempted to pin the blame on poll organisers. “We were expecting mismanagement on this scale. The easiest way to defeat your opponent is to create chaos at the polling stations in their strongholds,” he said. “This is exactly what was done to us.”

With a comfortable majority in both Upper Dir and Lower Dir, JI managed to secure only nine district councillor seats in Chitral next door, despite having an alliance with Jamiat Ulema-e-Islam-Fazl.

The love-hate relationship between the two religious parties is known to all and is widely cited as a crucial reason behind the dismantling of the Muttahida Majlis-e-Amal.

Adding to miseries, JI failed to win even a single seat in districts like Tank, Bannu, Karak, Hangu, Kohat, Nowshera, Torghar, Battagram, Shangla and even Malakand. Its performance in the remaining districts was nothing more than consolation prize.

A committee has already been on the lookout for what exactly went wrong on May 30.

“Its policies obstruct the expansion of its vote bank. Even though efforts were made in the past to gain mass acclaim for JI but nothing really changed,” said Muhammad Raza, a political analyst based in Islamabad. Raza contended that it is not completely wrong to say Haq hasn’t tried to turn tables. “Efforts were being made to lure prominent figures into the party but no progress is visible so far.”

He said the party’s hierarchy and structural formation do not attract the masses. He wrote off the party’s victory in the two districts of Dir by saying “historical, political and religious factors interplay when it comes to Dir and JI.”