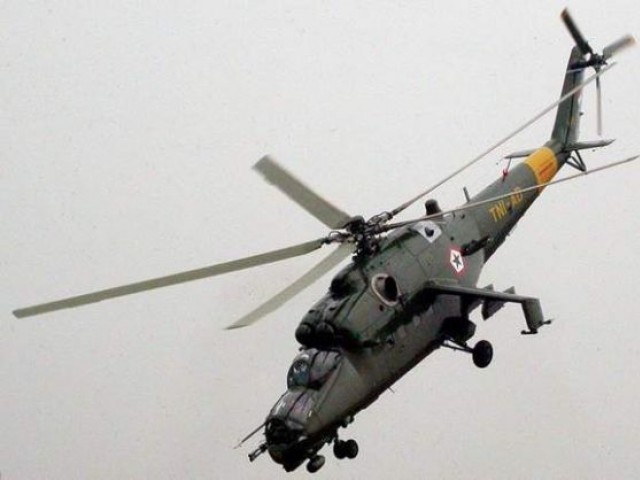 ISLAMABAD: Russia has agreed to sell state-of-the-art Mi-35 attack helicopters to Pakistan in what is seen as a ‘paradigm shift’ in Moscow’s policy to increase defence cooperation with a country it has long ignored due to India.

“An agreement was signed between Pakistan and Russian authorities in Rawalpindi for the purchase of 4 Mi-35 helicopters,” said a senior military official on Wednesday. The official, however, did not provide details.

The agreement for the purchase of Mi-35 helicopters was believed to have been finalised during the visit of army chief General Raheel Sharif to Russia in June this year.

This is a major defence deal Russia has signed with Pakistan in decades which indicates changing priorities of Moscow in the wake of strategic partnership between the United States and India.

Moscow for long ignored Islamabad in a bid to please its long-term ally New Delhi. But as a result of India’s growing tilt towards the US, Russia has now started expanding its cooperation with Pakistan.

For its part, Islamabad is eager to improve its ties with Moscow to diversify its options in the event of any stalemate in ties with Washington.

The multirole Mi-35 attack helicopter is a comprehensive modernisation of the Mi-24V. The Mi-35 helicopter is used for combat operations and can be operated at high temperatures and in a mountainous terrain. The helicopter’s design ensures low noise levels, greater combat resilience, and reduces the workload on maintenance staff.