The greener side: Mordir residents demand assistance to build homes

The greener side: Mordir residents demand assistance to build homes 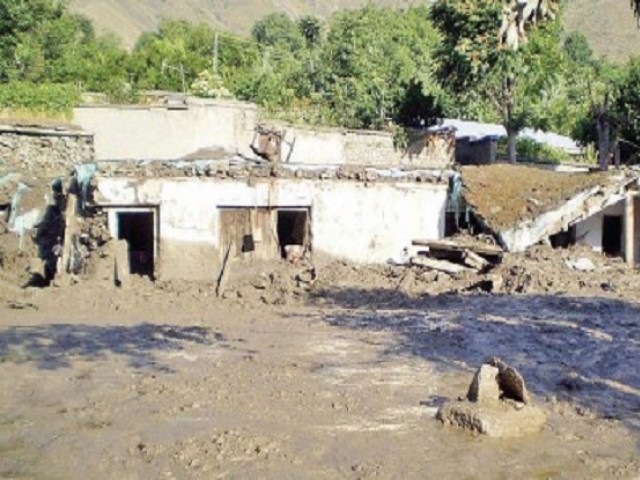 CHITRAL: Residents of Mordir area of Mastuj, Chitral have pressed the revenue department and provincial government to provide them land and assistance to build houses in Qaqlasht.

Speaking at a news conference at Chitral Press Club on Wednesday, a large number of residents said their immediate homes stand the risk of being destroyed by floods and landslides. As a result, they have no option but to move to safer areas. Locals asked the authorities to help them build their homes in Qaqlasht.

The conference was attended by a large number of elders from Mordir.

“Around 3,000 acres of land in Qaqlasht belong to the residents of Mordir,” one of the elders said. “However, the Revenue department had declared it government property during land settlement.”

He added a large number of residents still benefit from the pastures in Qaqlasht.

“Many of them graze their animals in Qaqlasht and get fuel wood from there,” the elder said. “However, they do not have permission to build their houses in the area.”

Speaking on the occasion, another elder said several people have lost their lives due to floods and landslides in the area. The risk of further destruction remains imminent.

“Residents of all 350 houses in Mordir want to vacate their houses and move to safer areas,” he added

The elders also urged the government to establish an irrigation system in Qaqlasht to ensure residents do not face any inconvenience when they move there.

“Mordir was affected by floods and landslides some 30 years ago,” an elder said. “The government and irrigation department at that time had asked residents to vacate their areas and start building houses in Qaqlasht area. However, they were unable to do so at the time as many of them had faced enormous financial losses during the floods. The situation prevails this time around as well. The people of Mordir do not have the money to build houses and will need assistance.”

At least 300,000 individuals from various parts of Chitral have been affected by heavy rain and flash floods.

Of these, 60,000 families have been affected in Mastuj, 25,000 in Kalash Valley and the remaining in other parts of the district – including Boni, Garam Chashma and Orghoch.Dozens of bridges and link roads have been washed away by gushing waters of the floods. The Khyber-Pakhtunkhwa government has already approved Rs140 million for the restoration of link roads and to carry out relief activities.