Say US trip has opened their eyes to new types of techno­logy.
By Mahwish Qayyum
Published: August 20, 2015
Tweet Email 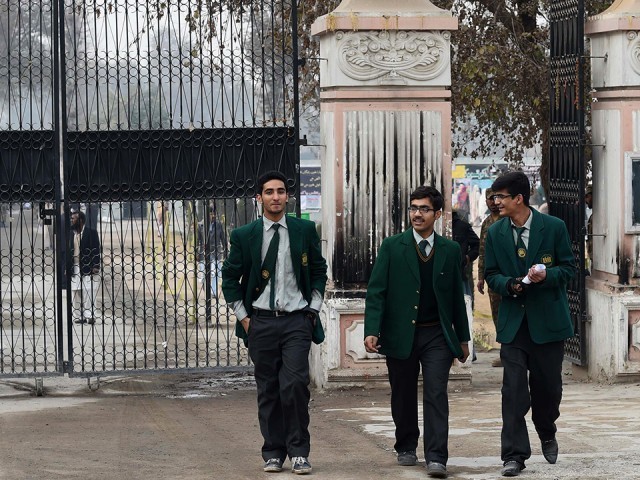 Students say US trip has opened their eyes to new types of technology. PHOTO: AFP

PESHAWAR: Students of Army Public School (APS) have returned from their visit to the United States with new friends and greater knowledge.

At least 12 students and two teachers from APS left for the US on July 25 and returned to Pakistan a few days ago.

Speaking to The Express Tribune, Hamad Ali Afridi and Syed Ali Mashal said they visited various states, including Washington DC and New York. The trip gave them the opportunity to go to the College of Nano Scale Science and Engineering in Albany, the Pentagon and Capitol Hill in Washington DC and Ground Zero in New York city. The students said they also met US Secretary of State John Kerry and permanent representative of Pakistan to the United Nations, Dr Maliha Lodhi, among others.

“Washington is advanced in the field of science and technology,” Hamad said. He added Islamabad should use its resources to promote these spheres. “I don’t think that the technology being utilised in the US is being applied in our country,” Ali pointed out.

The students termed the visit informative and entertaining, saying they would always remember it.

“The students learned about science, technology, global leadership and culture,” said Asiya Ahsan, a teacher. She added the students also worked in a group with American students and completed many projects.”  According to ISPR, the APS administration selected students who would go for the overseas visit on the basis of merit.

New to office: Councillors to take oath on Aug 29