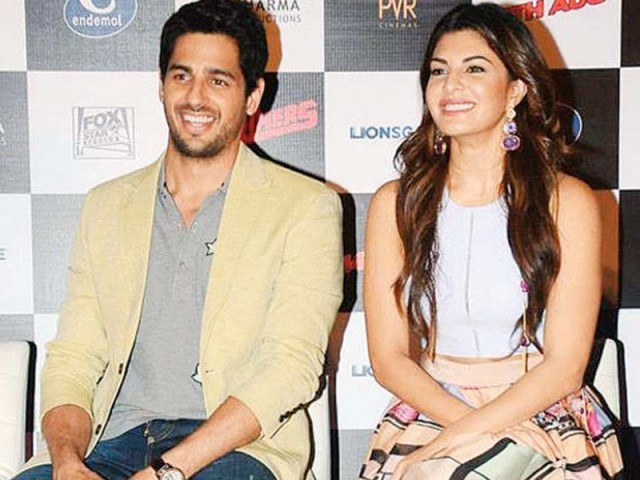 Sidharth and Jacqueline at a promotional event for Brothers. PHOTO: PUBLICITY

MUMBAI / NEW DELHI: Bollywood film Brothers featuring Akshay Kumar and Sidharth Malhotra as estranged siblings pitted against each other, has amassed INR52.08 crore in its opening weekend in India.

The action-packed family drama collected INR15.45 crore at the box office on Sunday, said a statement.

Actor Jackie Shroff says he has been receiving overwhelming response for his performance as a father to Akshay Kumar and Sidharth Malhotra’s characters in the film.

Asked about the over INR50 crore opening weekend for Brothers and the reactions he has received. Shroff told the press; “I thank God. The industry has offered a lot of love and respect for this film. I’ve received a lot of phone calls and messages. Tanuja told me that my performance had made her cry. Even Renuka Shahane complimented the film and my work.”

Jackie will next be seen in the educational drama Chalk N Duster with Shabana Azmi and Juhi Chawla, and suspense thriller Chehere alongside Manisha Koirala and Gulshan Grover.

Sidharth Malhotra is content with the business of the movie.” Collection is an indication that people are watching your film and they want to see your film. If the collection increases, it encourages actors to perform even better,” said Sidharth, who paid a surprise visit to a theatre to watch the fans’ reactions to the movie.

The Karan Malhotra, directorial has become the second double digit opening film for Sidharth. It had raked in INR15.20 crore on day one. His last year’s film Ek Villain had a massive opening of INR16.72 crore.

Karan Malhotra, who accompanied Sidharth to the theatre, shared that he was scared before the film’s release on August 14.

“We worked really hard for Brothers. We were very tensed for the past two to three days thinking about how our film would perform. We are really happy to see the response and it’s a big relief for the whole team,” said Karan.

Celebrities like Hrithik Roshan, Sonakshi Sinha and Arshad Warsi used words like “outstanding”, “very dramatic and the best sports action” film and “an emotional family saga interlaced with the exciting world of MMA” to describe the film.

Producer of Dylan and Johnny Cash dies at 83