Down in the DMPS

Down in the DMPS 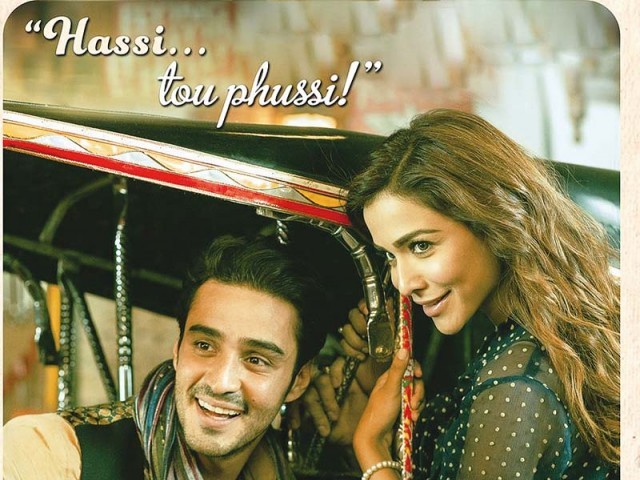 The DMPS folly is part of a larger trend among Pakistani films, where the shortcoming is the script. PHOTO: PUBLICITY

Making the ideal gola ganda requires a lot more than just creating a random mixture. Even if you pour in a variety of colours, add condensed milk and pour chocolate syrup on it, you may still grab a bite of plain dry ice. That is because you got the recipe right but the balance wrong and you end up making a few incisions to mix it well.

Asadul Haq’s Dekh Magar Pyar Say is like that bite of dry ice but the only problem is that by the time you mix this one up, the ice has already melted. The Sikander Rizvi- and Humaima Malick-starrer is full of sound and ‘beauty’ but takes too long to signify something and that is long enough for you to leave the cinema.

In a visually stunning world full of neon lights and intricately lit HSY clothes, Sikander aka Siki (Sikander Rizvi) plays a rickshaw driver from Lucky Marwat. He turned to this profession after his dream of making it big in the Pakistani film industry was shattered. One odd day he is waiting in the premises of a film set to pick his chacha’s (Irfan Khoosat) bride-to-be and that is when a young woman dressed in a lehnga steps into the rickshaw and asks him to drive. This woman is Annie (Humaima) and not Chacha’s bride-to-be and upon this realisation begins a story that self-destructs with time.

The problems begin with the plot. The plot elements are spread around like fragments of a signature Bollywood hero’s lost memory, only a blow on your head can help you grasp the story in its totality. And if that works, then a needlessly extended scene or a random collection of beauty shots completely ruins the audience experience.

The DMPS folly is a part of a larger trend among Pakistani films, where the shortcoming almost entirely relies on the script. It’s one flaw that nullifies all arguments about the lack of support or budget for Pakistani industry because the script has nothing to do with it. The script has no connection to the writer’s external reality and relies totally on the richness of the writer’s internal world.

This leads to a wasted attempt at humour and that is reflected in clichés like Irfan Khoosat’s loud-mouthed character with a Punjabi accent and the dialogues in general.  And the debutante Sikander is its biggest victim. He barely gets any support from the script. He is forced to be a Romeo in a story that doesn’t establish his love story at all. And the Romeo bits were the only ones that could have worked for him because his composure during the few angry moments was quite harmless.

His polar opposite was Humaima who justified her character to the point of being annoying.  She even stole the scenes that were meant to be Sikander’s, highlighting Asad’s shortcoming as an actor’s director.  Don’t miss the excellent cameos though.

Visuals are, however, Asad’s strength and the impeccable detail to art direction is where he steals the jackpot. He succeeds in creating an imaginary version of Lahore, one that resembles an alley from European city and shoots it with finesse not yet witnessed in Pakistani cinema.

But when you look at the bigger picture, you’d realise that the entire concept of an imaginary version of Lahore was just a stylistic preference. I wish Asad had intertwined it with the plot and taken all the freedom that comes with such an ambitious execution.

Kudos to Soch, Moroo and Talal Qureshi for giving such impeccable soundtracks that you can’t step out of the cinema without humming the songs.

To sum it up, Asadul Haq tries very hard to pull it all together in DMPS but fails. He realises the importance of a beautiful picture but doesn’t realise that a picture is worth a 1,000 words.

Verdict: DMPS is a visually-captivating journey that takes too long to go anywhere. If you have sufficient time on your hands then go for it. Otherwise, time is money.