The video shows a man hittin­g a young woman repeat­edly with a large stick while a crowd looks on
By Reuters
Published: August 15, 2015
Tweet Email 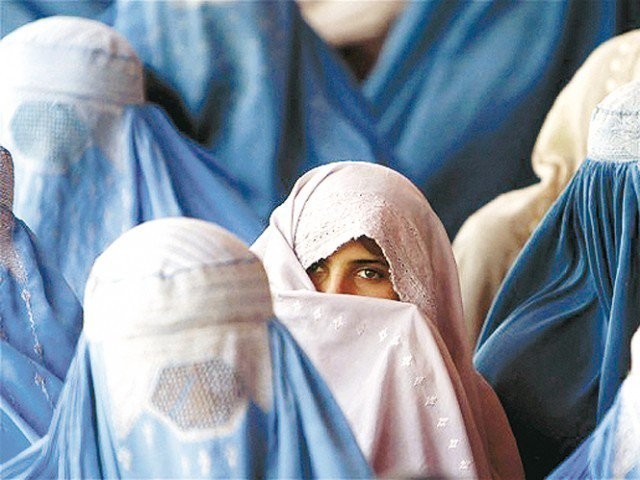 The video shows a man hitting a young woman repeatedly with a large stick while a crowd looks on. PHOTO: REUTERS

KABUL: Afghan police arrested five people near the northern town of Sar-e-Pul on Saturday after they were filmed beating a man and his daughter accused of robbery by a village fortune teller, the interior ministry said.

A video of the brutal public beating, which shows a man hitting a young woman repeatedly with a large stick while a crowd looks on, attracted wide attention on social media and local television.

The assault occurred earlier this month after a resident of Thughi village near Sar-e-Pul suffered a robbery and consulted a fortune teller to identify the culprit.

“The father and daughter were beaten by the village resident after a fortune teller accused them of robbery,” the interior ministry statement said.

Read: Young girl beaten by father amid crowds, over rumours of her dating

In May, film of a young woman being beaten to death by a mob in Kabul after she was wrongly accused of burning a Koran caused global outrage and underlined the vulnerable position of many women in Afghanistan.

Taking up his father’s mantle: Bin Laden’s son calls for ‘jihad’ against US, allies