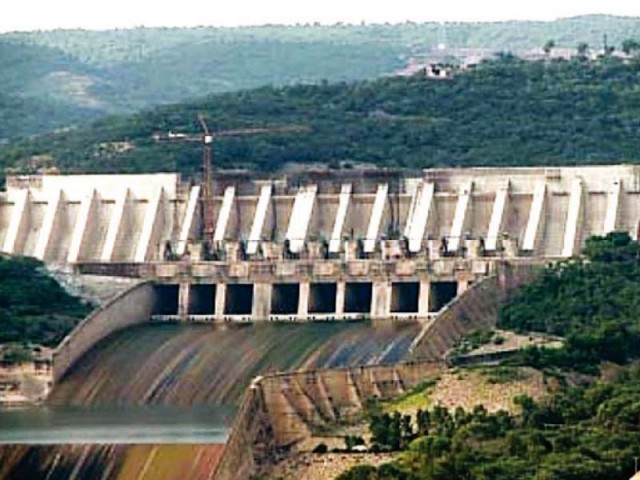 The prime minister’s desire to inaugurate the first phase of 2,160-megawatt Dasu hydropower project before his constitutional term ends will remain unfulfilled as the project execution authorities have so far failed to resolve issues pertaining to the cost of land, security of the site and channelling of funds.

The government has preferred 4,320MW Dasu hydropower project over Diamer Bhasha Dam and Prime Minister Nawaz Sharif is keen to inaugurate the first phase before the end of his five-year term in 2018.

In June 2014, the premier had performed the groundbreaking ceremony for the first phase. However, sources in the Ministry of Water and Power revealed that inept bureaucrats were unable to handle the project, which may also become a reason for the World Bank to delay loan disbursements.

The World Bank’s financing is critical for timely completion of the first phase of the project that has a total cost of $4.3 billion. The bank has already approved $588.4 million for the mega scheme besides giving guarantees for another $460 million.

Read: Dasu Hydropower Dam to be completed by 2020, NA told

According to a project appraisal document, the WB has promised to extend guarantees for obtaining $1.9 billion in commercial loans. In addition to this, it also plans to approve another loan of $533.4 million for the project by next year provided the scheme advances as per schedule.

Because of the bureaucratic hurdle, the timeline for the project has been set back. The government has asked Water and Power Development Authority (Wapda) to complete the first phase in three years but the authority’s assessment is that it cannot be completed before 2020.

Hurdles in the way

In order to discuss the outstanding issues, a meeting of the Dasu steering committee was held earlier this week at the Ministry of Water and Power.

The steering committee discussed the problems relating to the price of land, finalisation of security contract for the protection of dam site, decision on construction of a transmission line for linking the generation site with the national grid and placing funds in Escrow accounts.

According to sources, no breakthrough was achieved during the meeting and all issues were left to be decided by Finance Minister Dar.

“Although it is not the direct responsibility of my ministry, I will resolve all the outstanding issues to keep the project on track,” said Dar while talking to The Express Tribune.

He said another meeting would be held by the middle of next week in which these issues would be resolved.

Dar said the security cost was covered in the PC-I document of the project and it should not be an issue. His ministry has also sorted out the matter related to funding.

Wapda Chairman Zafar Mehmood wanted that the security job should be performed by the police, according to a senior Wapda official working on the project. However, he said police refused to perform this duty.

If these issues remain unresolved by the end of this month, the World Bank may declare the project unsatisfactory, said sources.

The Wapda official claimed during the steering committee meeting, the issue of land cost was also resolved to the satisfaction of the deputy commissioner of the region, who would now negotiate with the locals. He said the transmission line issue would be resolved by the end of this year.

Wapda is also facing problems in moving the contractors to the site. The Wapda official said one contractor had been mobilised while two contractors would be mobilised by the middle of next month.