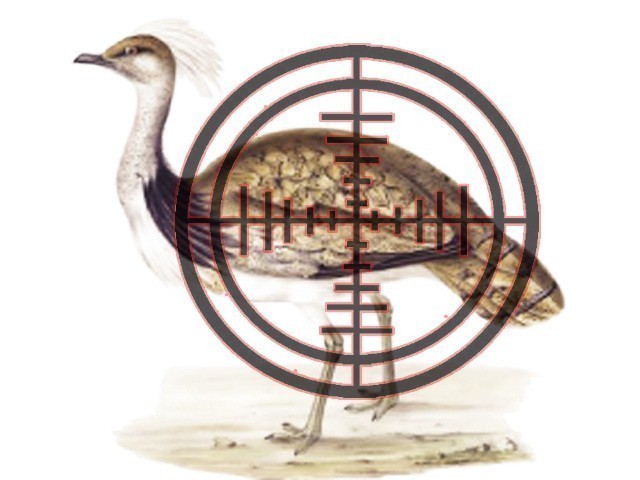 ISLAMABAD: The Balochistan government on Tuesday defended issuing hunting licenses to Arab royals for hunting Houbara bustards in the province, arguing that there was legal provision to allow hunts under specific guidelines in addition to permits being issued for a small number of birds. It further requested the Supreme Court to allow the practice under a strict code of conduct.

Additional Advocate General Balochistan, while submitting the provincial government’s reply in the apex court on alleged illegal hunting permits issued to Gulf royals, argued that since the Houbara Bustard was a migratory bird, its hunting may be allowed in limited numbers under strict supervision of the provincial forest and wildlife department. It added that petition was devoid of merit and should thus be dismissed.

The Supreme Court is hearing a petition against illegal hunting permits issued to royal visitors from Gulf countries to hunt the rare bird despite a ban.

The petitioner requested the bench to cancel all licences issued for hunting Houbara Bustards, further urging the court to restrain the Foreign Office from issuing such permits to foreigners with strict action against officials who issued the licenses.

The court had sought comprehensive reports from all provincial governments regarding ‘illegal’ issuance of hunting permits to foreign visitors.

The Pakistan Tehreek-e-Insaf-led Khyber-Pakhtunkhwa government had already submitted its reply in the apex court stating that it had refused a request from the Foreign Office to issue permits to royals.

However, on Tuesday, only the Balochistan government submitted a reply.

It rejected the petitioner’s claim that 2,200 birds were killed in the season, exceeding the set limit by 2,100 birds.

The federal government is signatory of treaties and conventions at international forums and the same complied with the provincial governments, the reply added.

The Balochistan government further argued that according to the Section 10 of the Balochistan Wildlife (protection, preservation, conversation and management) Act 2014, a protected animal meant wild animals included in schedule III of the act. However in part –D of schedule -I in the same Act, a provision exists for hunting of particular species, including the Houbara Bustard.

It was also stated that forest and wildlife department ensured the protection of Houbara Bustards and other birds through vigilance, strict enforcement of law and imposition of heavy penalties including imprisonment for violators.

Additional Attorney General Chaudhry Aamir Rehman had requested the bench to club together all related petitions, noting that the federal government had not issued any hunting permit after verdicts of Balochistan High Court and Sindh High Courts.

Read: Where there is Houbara Bustard, there is money

The bench had clubbed all the petitions including a plea of an individual against BHC’s November 2014 order, wherein the hunting of Houbara Bustrad was declared illegal.

Meanwhile, another petitioner contended before the Supreme Court that hunting by Arab royals was favourable for the people of the area as dignitaries coming for the purpose not only established ‘certain beneficial projects’ but also paid millions in hunting fees.

It argued that the because of the Balochistan High Court’s verdict, the government was facing a loss.

The hearing of case was adjourned until Wednesday.

According to a Foreign Office circular, areas were being allocated in four provinces for eleven dignitaries from Qatar.

They would have hunted in Khushab, Jhang, Bhakkar, Bahawalnagar and Layyah in Punjab; Jacobabad, in Sindh; Turbat, Loralai Muskhel, Mushkel Kalat and Jhal Magsi in Balochistan.